We all experience, at some point, a situation which is funny in the eyes of everyone except ourselves. This little poem sums this up quite nicely, I think!

Betty at the Party

“When I was at the party,”
said Betty, aged just four.
“A little girl fell off her chair,
Right down upon the floor;
And all the other little girls
Began to laugh, but me –
I didn’t laugh a single bit,”
Said Betty seriously.

“Why not?” her mother asked her,
Full of delight to find
That Betty – bless her little heart –
Had been so sweetly kind.
“Why didn’t you laugh, my darling?
Or don’t you like to tell?”
“ I didn’t laugh,” said Betty,
“ Cause it was me that fell.”

This post is in response to ‘Prose for Thought’ at Verily, Victoria Vocalises.

I’ve only time for a small poem now, so here goes! I think we’re all getting a little fed up with this drawn-out Winter weather!

It feels like
We wait for ever,
For Winter’s chill
Her grip to sever.

But all things come
To those who wait
We’re told: Even if Spring
Is arriving late.

And today has brought
At last, some relief
From ice, from snow,
And dreary grief!

The Wednesday Words link-up, hosted by Emma at Crazy With Twins, is, in general, an open forum. You can post – within reason – anything you like, whether a quotation (with credit to the author) or your own work, to inspire your readership at around the middle of the week. And this is great. But, right now, a particular topic has been brought to my notice.

First, let me make an observation: Every day, we read, or hear, statistics, in some form or other. But being part of, and interacting with, the blogging community has taught me an important lesson, namely, that behind statistics lie real issues to do with real events, affecting the lives of real people.

One such issue is the strange – and unwelcome – phenomenon known as Sudden Infant Death Syndrome, something which is still unexplained. And today, the Foundation for the Study of Infant Deaths (FSID) an organisation given over to study and practical advice on all aspects of this subject, is re-launching as The Lullaby Trust.

Now, just a few weeks ago, on the 2nd of February 2013, the blogging community in the UK was rocked by the death of a baby girl aged nine months: Matilda Mae, the daughter of Jenny, who blogs at Edspire, and her husband David. Many of us wanted to show Jenny and David – and each other – how we felt about their loss. This led to a collection of prose and poetry which linked the hearts of so many people, of which many – including myself – had not until then known Matilda Mae or her family.

So today, to mark this re-launch, I am re-publishing the poem I wrote then. Although it is hardly a lullaby for children, I hope it can be one for parents everywhere who have been directly affected by such an awful trauma.

The metre of the verses was inspired by the tune sung to the Welsh song ‘Myfanwy’ composed by Joseph Parry (1841 – 1903) of which I am very fond. You can listen to it here.

We who, till now had never known you,
Are taking each the other’s hand;
Desiring to extend compassion
Yet struggling here to understand:
Of each who took to heart the story
Of how you left us on that day
The heart and mind, with ties that bind
You’ve drawn so close, Matilda Mae!

We who would never wish such sadness
Should fall on any family,
But rather, seek to share the gladness
A growing, happy child to see –
A rainbow through our hearts is streaming
Sorrow, for those who feel such pain –
And yet, for you, the sky is blue!
In this, we take our strength again.

Your absence in the body deeply moving
So sharp for one your mother and your nurse!
Yet now the power of love we’re proving
Strongest in all the universe!
The joy of Paradise receiving
Is yours, surpassing brightest day –
Yet now, as torn, for those who mourn
You’ve joined our hearts, Matilda Mae!

And so now – what about lullabies for small children? I would say, sing to them gently, anything that truly comes from your heart. The sense of love will come through. And if you sometimes get hoarse, or need a little inspiration, listen to this – written by one of the greatest writers of truly timelessly popular hit tunes ever: John Sebastian Bach!

I trust my readers will join in my continued thoughts for Jenny and David, and for every family affected as theirs has been. Thank you.

If you choose, would you have all the verbs in this language of ours follow a set pattern? Or do you think that the irregularity adds positive character? Let’s try it out the other way, and see what happens…

A smartphone-wise geek, as I’ve hore tell,
Well… Letters no longer he wrote,
But with many a ‘like’ he ‘loke’ all his friends
And many a tweet, he twote.

Many a post, on his blog, he blug
And many replies he got,
And as his ‘stats’ began to climb
His heart on awards, he sot.

But alas! He core not then, for followers true,
And for words, for their own sake, he slove;
He thunk hardly at all of their woes and their needs,
Yet for popularity crove.

Ah! Let us remember – to blog should be fun
An outreach to others who find
That a problem, when shore, will be easier solved,
And less of a strain on the mind.

Once again, this post is written in answer to the link-up here, by Emma at Crazy With Twins. It’s being posted on Thursday 14 Feb as I had a special post to do last night. Emma suggested a theme based around ‘love’ for this week. After a little thought, I’m putting here a short poem of my own, that I’ve actually posted before:

The Time to Stay

Always grant yourself
The time to stay,
Looking for the sensitive;
Yet do not stray
From seeking empathy
That will reply;
Cling to the true
Heart, that encloses
Love, not the hate
It exposes.
That you are beautiful
None can deny.

If you care to read my original post, you will see how this poem was inspired by another one…

If, in any measure, you enjoy reading and appreciating poetry, and also having a shot at writing poems of your own, then sometimes, just sometimes, a most uplifting experience will be yours: you will read a poem – it my be any genre, rhyming, blank verse, or in between – and find yourself moved in spirit to write in reply. And not only that, but you will feel yourself so empowered by what you have read, that your capacity to reply is no longer a question of your own ability, but the strength of spiritual urge to respond out of inward feeling; a response that gives contrast, gives comparison, and gives acknowledgement of the writer’s feelings; like an echo across a valley, like the gentle dawn after a fiery sunset, like the bubble of a mountain stream after the rain.

This experience was mine today. the poem in question was Hold the Light written by Tamsin at dandeliongirl01, here. Please read it before reading on – if you haven’t already.

So… Thank you, Tamsin. This was how it moved me:

The Time to Stay 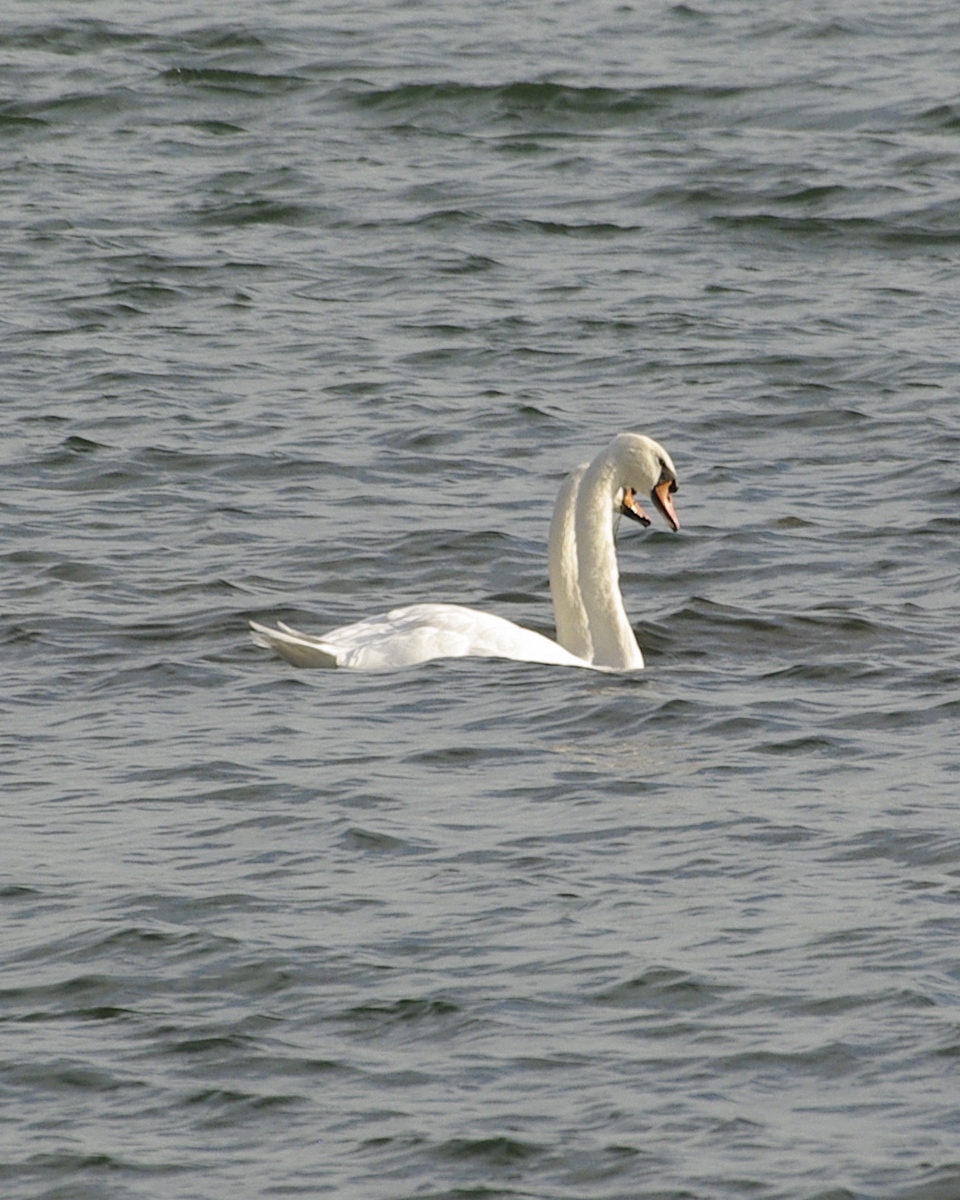 Always grant yourself
The time to stay,
Looking for the sensitive;
Yet do not stray
From seeking empathy
That will reply;
Cling to the true
Heart, that encloses
Love, not the hate
It exposes.
That you are beautiful
None can deny.

Our ‘100 Word Challenge’ explained here, for the jubilee period, is to write a poem of 100 (ish!) words, to convey the passing of sixty years. My attempt is below. The other responses can be viewed by clicking on the list in Julia’s blog post.

For sixty years our queen has reigned –
The monarch has not changed.
But O how much, in other ways
Has life been rearranged!

The race for space moved on apace
Teams working round the clock;
Men reached the Moon, and walked about
And brought back bits of rock.

Now… One girl said the rock was… brown?
(Discussion would resume)
But whispers: “She’s got COLOUR…”
First flew about the room!

Now sensors, ‘chips’ and ‘SD cards’
Have ended film’s main part
And amateur photography
Has made another start…

The fourth verse, in particular, is based on my own memories. In a lesson one day, the teacher was discussing the moon landing and the rock samples, and asked if anyone knew the colour of the rock. ONE girl replied that it looked BROWN – on TV!

This post is written in response to the prompt at the ‘Writing Workshop’ here.
Essentially, this is to use the word, the theme, the concept… ‘Second’ in a composition.
Here is my attempt. If you look here you will find other responses, including Josie’s own.

I thought no-one would give
My life a second glance.
I couldn’t face
The tasks I had to do.
I wondered when
Or if – I’d love again;
Yet struggled on
And then – life gave me you.

You made me give
My life a second chance.
You helped me face
The way ahead of me.
You showed me how
Life’s worth another try,
And now I find
I’m tied to you, but free.

You made me give
My life a second look.
You helped me leave
The past, that left me blue.
You showed me how
To overcome the fear,
And now I find
I’m free, but tied to you.

Once a year, in town or city
And around the countryside
Everyone prepares for feasting
On the day of Christmastide.
Special food, and drink as well
All the supermarkets sell.

When the day at last arriveth
For the tables to be spread
Many ‘mums’ are working madly
For their families to be fed.
‘Merry Christmas’ each will yawn –
(Ovens start in early morn.)

When the festive fare  is eaten
And the plates are cleared away
We salute those who’ve been busy
On this Christmas ‘holiday.’
“Well done, Mum!” And she’ll reply:
“That’s all right – I’ll wash, you dry…”

This post was prompted by the ‘100 word challenge’ here.
The appropriate tune (from a carol) should be obvious!
A hint: see the first line.

To understand the point of this post, first look here.  The idea is to create a rhythmic poem from twenty-one words, including the words ‘in winter we shiver.’

Icicles shattering, water buckets clattering,
Drifting powdery snow;
In winter we shiver and skate on the river,
When it’s twenty below.