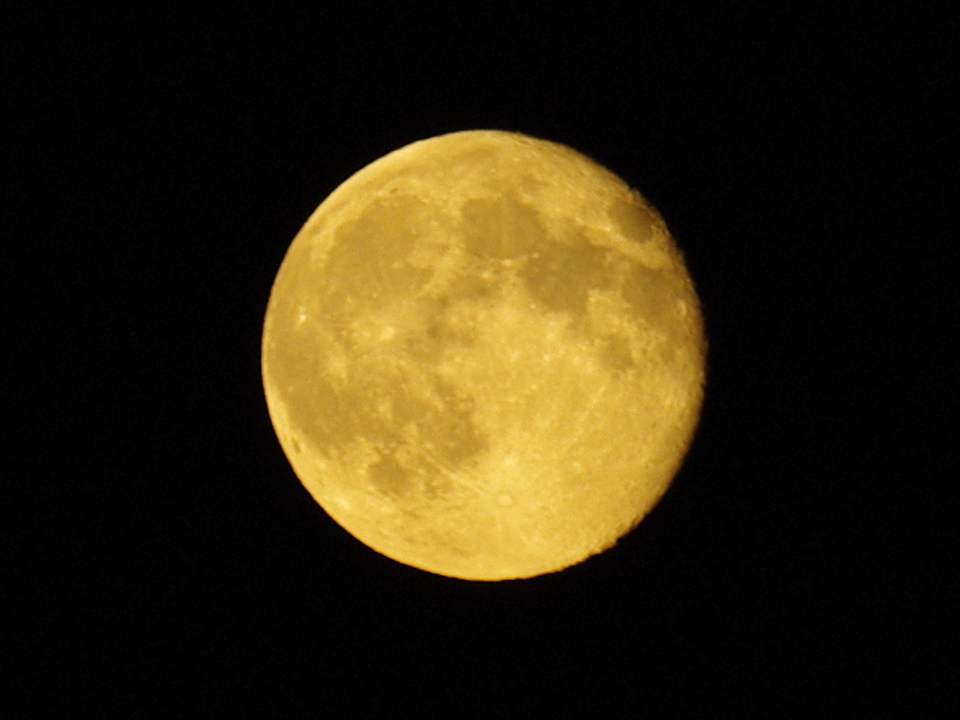 It’s been a busy day, so this will be a teensy weensy effort… but I remembered this:

You poor idiots who despise me for my way of saying ‘me’
If you were my close friends, you would know how I say ‘thee’.

(The translation is my own – I think I’ve got it substantially correct.)

Perhaps we are like that, sometimes; it is often easier to focus negatively on some mannerism than truly appreciate someone for who, and what, they are. Happily, though, generally, the blogging community is an appreciative one – I have personally felt its warmth! 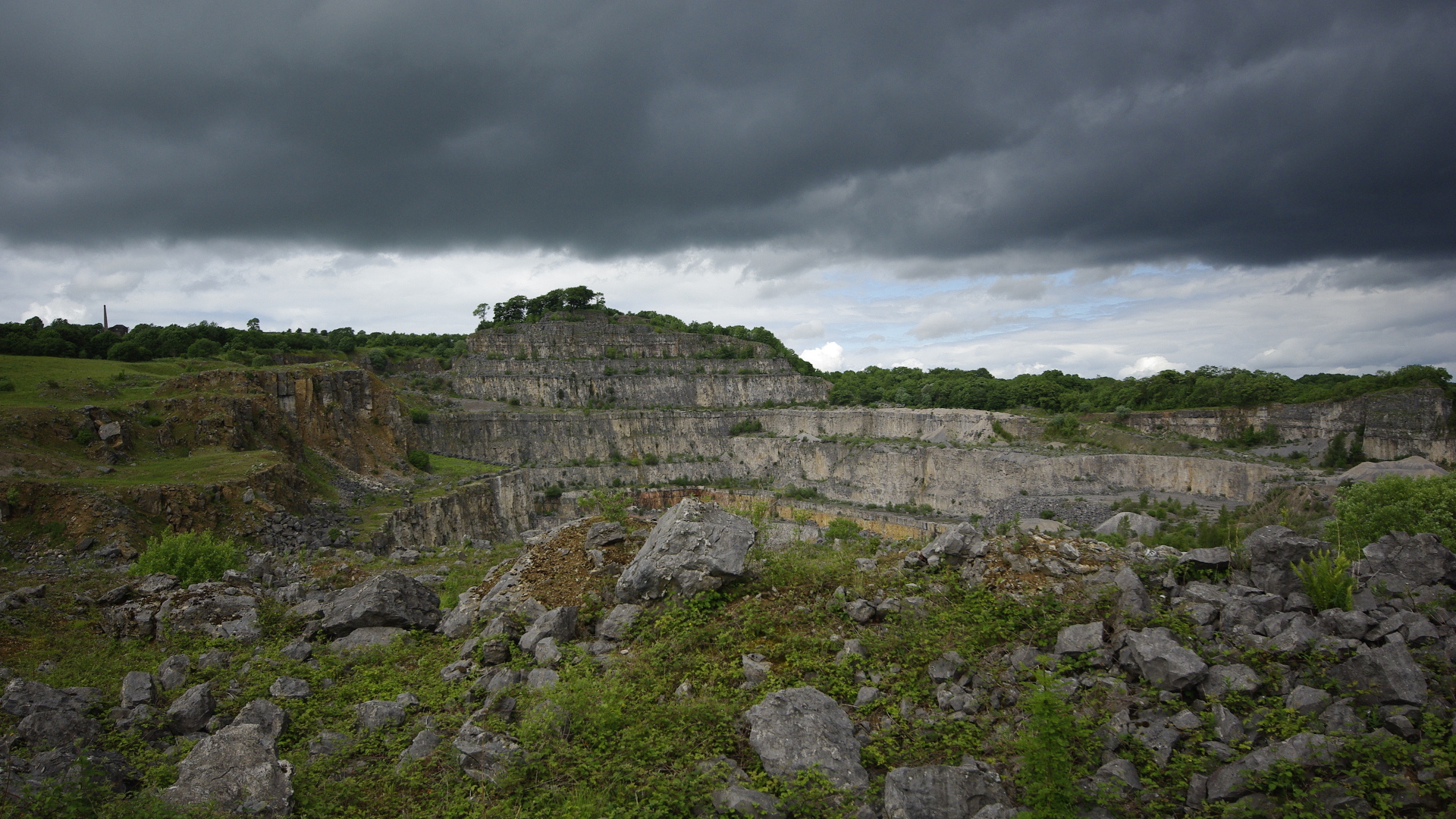 This blog hop has taken us on an incredible journey; it was founded with the motive of cheering up – and cheering on – Emma Day, who blogs at Crazy With Twins, through a period of enforced isolation from her beloved family, necessitated by treatment for thyroid cancer using radioactive iodine; a period of time estimated at around 32 – 33 days.

When we all found – oh, joy! – that Emma’s enforced isolation from her family could be ended very much sooner than anyone had dared to hope, it was decided to continue with the plan, to keep raising awareness about anything to do with cancer – and treating it – and try to keep it all good fun for everyone at the same time.

Now I want to tell you a funny story: A story which, moreover, really is true! All I’m going to do is alter the names of real people. These events took place at the large manufacturing firm where I had my first job – but before I worked there. The story was narrated to me by workmates…

In this small technical department, there once worked a fellow called Paulo. Now, Paulo was, let’s say, a little unusual; indeed, a little more unusual than most. He was certainly not stupid; he spoke several languages fluently, for one thing. One day, Harry, who was telling the story, was struggling to read a foreign instruction leaflet. “Paulo” he said, “What does [such-and-such] mean?” In reply, Paulo grabbed the leaflet, a pen, and some paper. “Give me that!” he said, and, without more ado, wrote out a complete translation, the only limitation of speed being the speed at which he could write!

There were many stories about Paulo’s activities both on and off the firm. When it came to practical stuff, though, was when the picture got colourful; in the department, we often had to make smallish one-off devices to perform certain functions in the various production departments. And on Paulo’s work, there were several trade-marks which far outlived his time at the company; when you took off the lid on one of Paulo’s creations, the mains terminals would be somewhere near the front, in just the best position for delivering an electric shock, the internal wiring would share its cosmetic characteristics with a bird’s nest, and the soldering would be vaguely reminiscent of less perfect examples of early Celtic jewellery. (I could go on. I, personally, saw one or two examples.)

Now, one day, Paulo was taken ill at work. It was agreed that he would be taken home in the works ambulance. He was, however, disappointed to find that his bike could not travel with him! When he found out, he threw a chain with a  combination lock onto a bench. “Harry” he said, “You know my bike. Lock it up for me, please.” And then he was gone!

As Harry said, why Paulo thought that Harry knew what his bike looked like remains a mystery. He’d never seen Paulo’s bike in his life! Anyway, at five o’clock, Harry enlisted the help of two senior members of staff, and together they trooped down to the bike sheds. First of all, they waited until most of the bikes had been claimed, but some remained. (Some workers biked intermittently; there was no rule to stop anyone from leaving a bike in the sheds overnight.) So now, our three friends examined the residue of two-wheeled, pedal-powered conveyances. Their eyes settled on one particular example!

It had an assortment of, let’s say, non-standard accessories. It looked in a general state of disrepair. Various components were precariously secured with pieces of string. The tyres were noticeably balding.  This one just had to be Paulo’s bike. Accordingly, they fitted the lock and chain, and went home.

A couple of weeks or so later, when Paulo was back at work, he, Harry, and  several others were in the small workshop which served the metalworking needs of the department. “Harry” said Paulo, “Have you still got my bike lock?”
“I locked your bike up for you!” replied Harry.
“My bike wasn’t locked.” said Paulo. At this point, Jack, the workshop supervisor, interjected. “That’s funny” he said, “The other Friday, when I was just locking my tool-box, one of the blokes from Quality Control rushed in here, breathless! “Jack” he says. “You got a hacksaw? Some b****r’s locked my bike up!”…”

Later, an inspection of the bike shed led to the recovery of Paulo’s lock and chain. A saw-cut had been made, not through the chain… oh, no… but right through the middle of the lock!

OK, so it was funny. But now, let’s think: What error, exactly, did those three fellows make?

Quite simply, they fell into a trap that often catches any of us: They stereotyped the situation. And here is our link with cancer!

How many times have we heard – or even made – statements like these?

It can’t be prostate cancer – he’s too young!

A bloke with breast cancer? Don’t make me laugh…

But she’s too old for that…

And so on. True, there are trends. But let’s not turn trends into rules. Instead, if we’re unsure, let’s see a doctor, or beg our friends to do so.

And so, my friends, this is not ‘The Last Post’. It is ‘The Reveille’. A wake-up call about cancer. And, more cheerfully, a wake-up call about the wonderful spirit of camaraderie, caring, sharing, and generally helping others, that exists within the blogging community.

Many thanks to Emma for sharing the journey of her treatment with us, with such a valiant spirit; besides the time of her isolation, this included joining in the banter on Twitter, in the evening of the day when she underwent two general anaesthetics, then blogging using a phone, the next day, and then opening her regular blog meme, Wednesday Words, the following day, using a phone again!

A big thank-you to Vicky, whose drive, organising ability, blogging knowledge, and humour turned the merest germ of a idea into something that has worked beyond anything I imagined; and to Jaime and Sara who raised the awareness about raising awareness!

Thank you to everyone who has taken part in ‘#S2S2D’. I’m looking forward to visiting the contributions I haven’t looked at yet, though pressure of everyday affairs. (There are now over a hundred and twenty thumbnails on the blog hop!) Thank you for every post, every comment, every tweet, every retweet… every action to further the cause.

We should all remember that, whilst this blog-hop, which had a specific aim, is now closed, Emma’s battle is far from over; there will be further tests to be done, and a lot of anxious waiting. As I began to type this amendment, I thought I would check her blog.

Brave as she is, she will value the support of the blogging community through the days ahead. We wish her well. 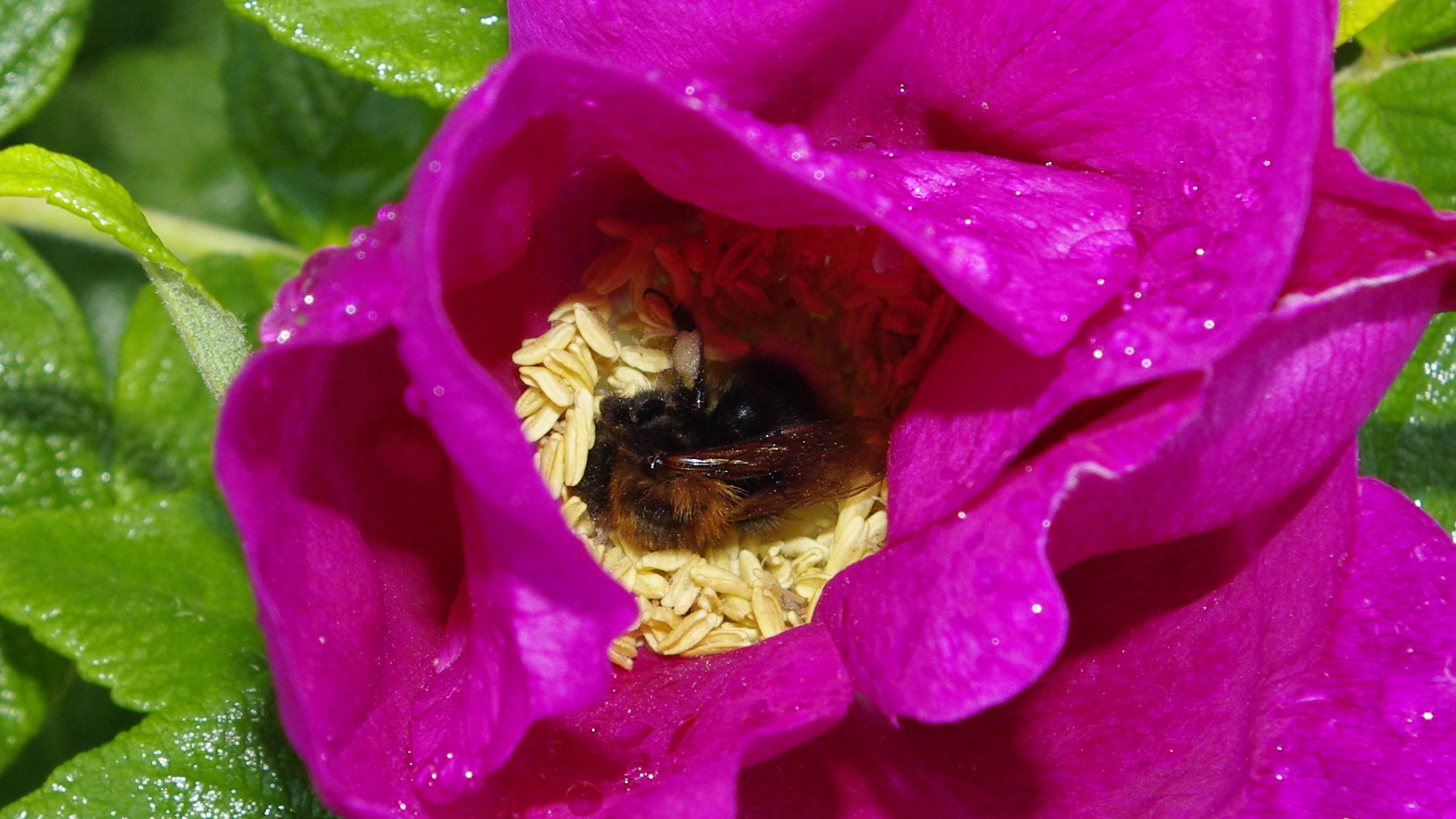 OK, so I’m a sentimental old what-not… But let’s hear it for old-fashioned love poems, now and then! I’ve chosen this one for Wednesday Words, as hosted each week by Emma over at Crazy With Twins. It was written in 1928 as an adaptation of an Italian aria in the opera ‘Tolomeo’ (Ptolemy) by Handel.

Oh saw you not My Lady
Out in the garden there
Shaming the rose and lily
For she is twice as fair.

Though I am nothing to her
Though she must rarely look at me
And though I could never woo her
I love her till I die.

Surely you heard My Lady
Go down the garden singing
Silencing all the songbirds
And setting the alleys ringing.

But surely you see My Lady
Out in the garden there
Rivalling the glittering sunshine
With a glory of golden hair.

You can listen to this song here, sung by David Hughes. 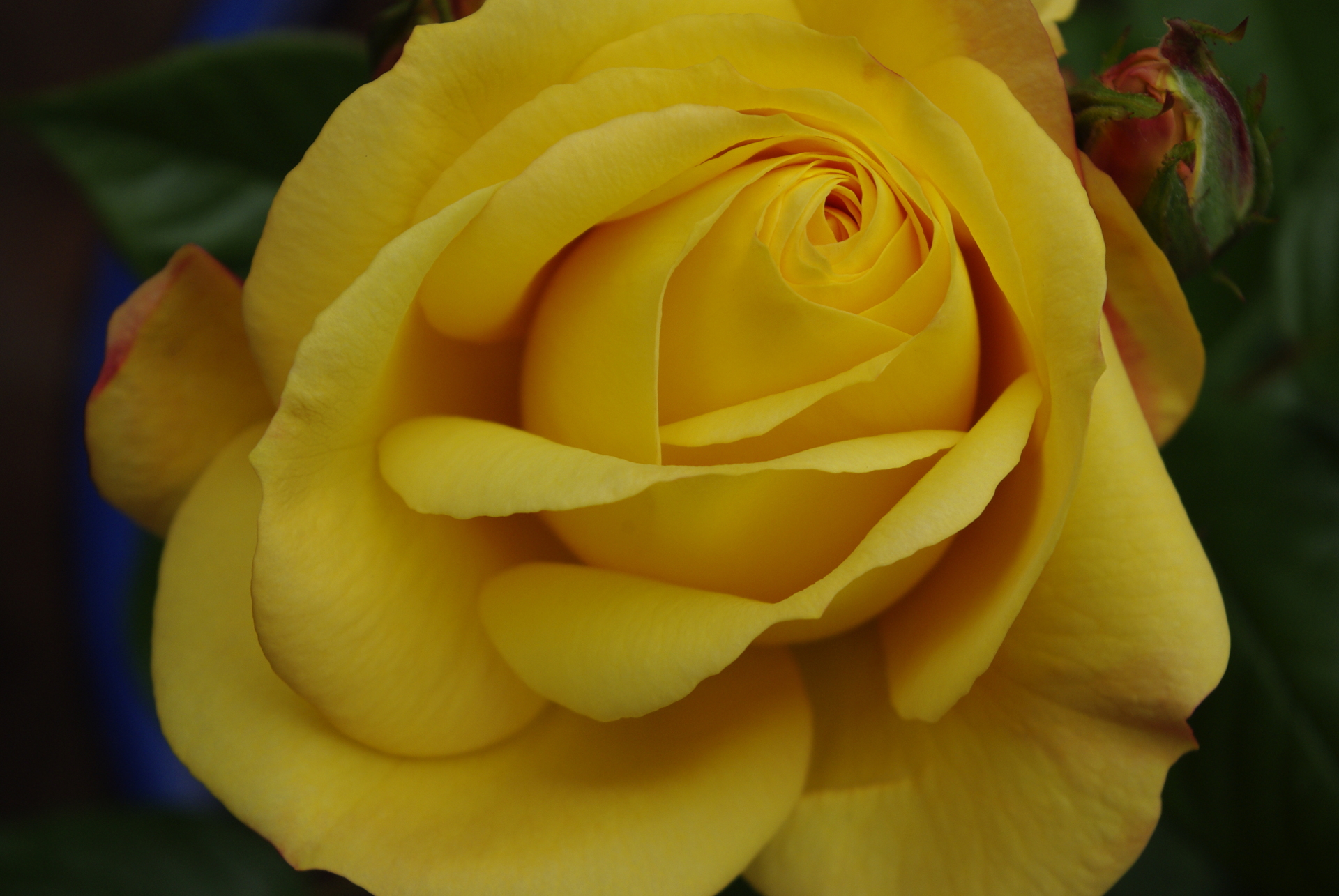 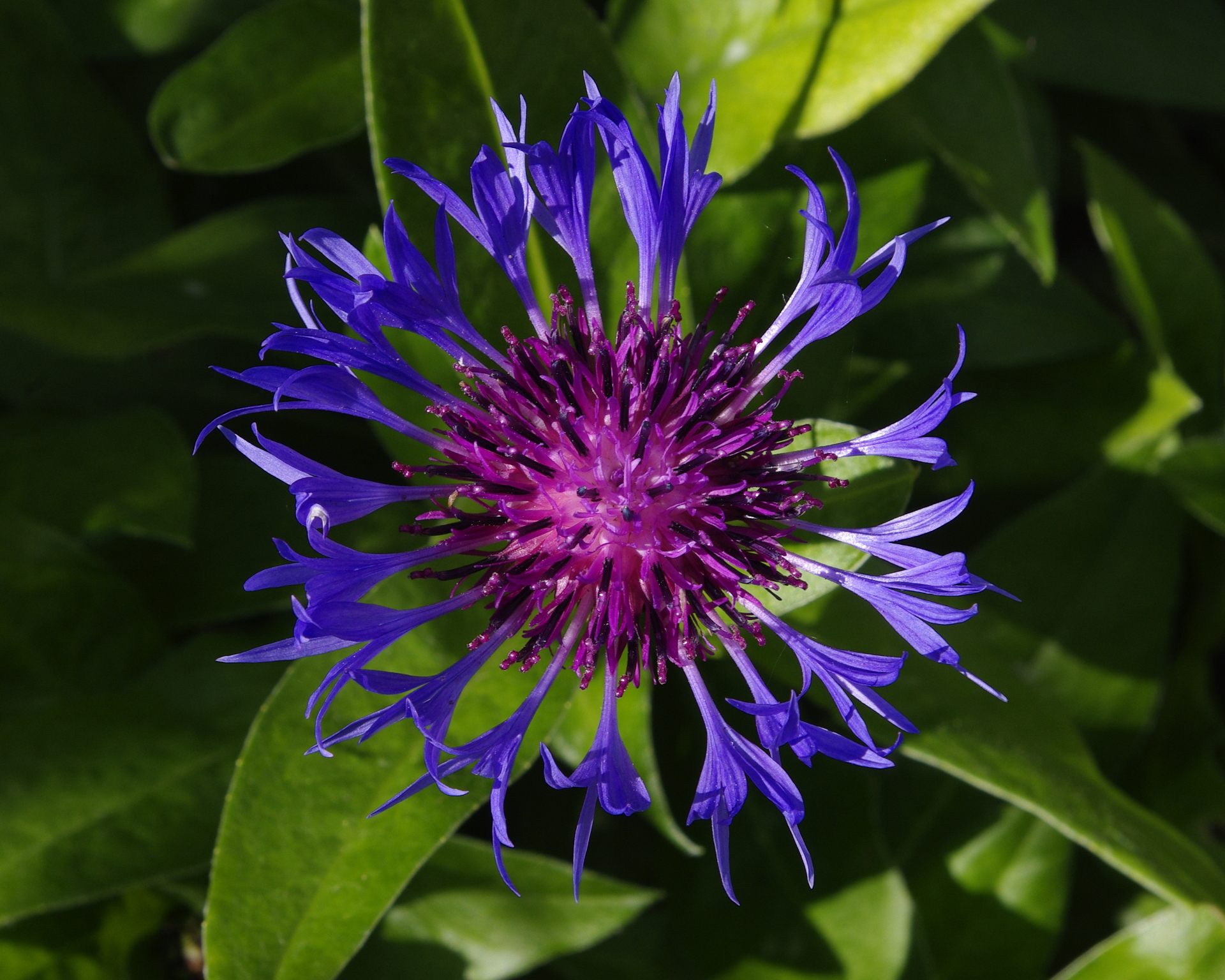