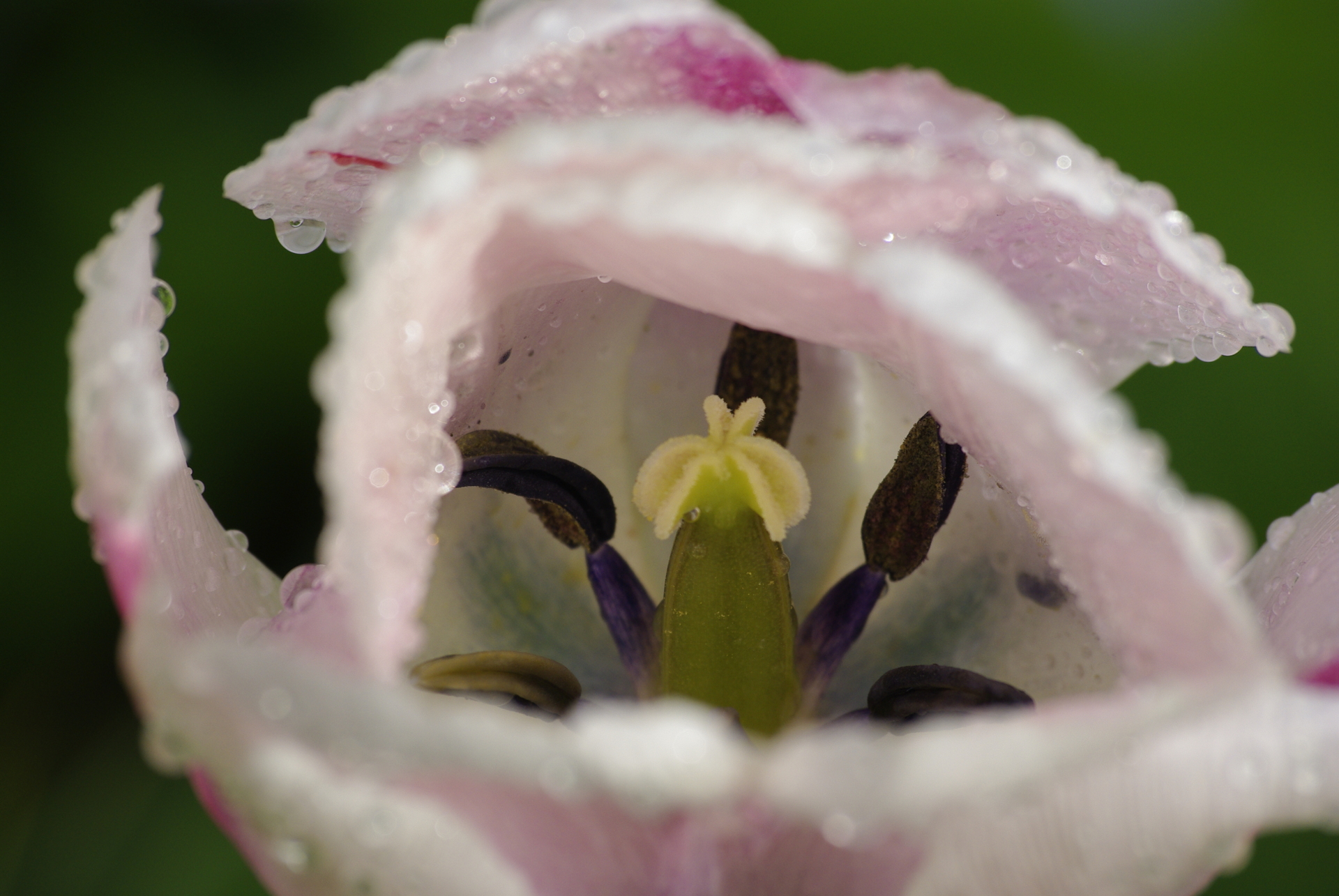 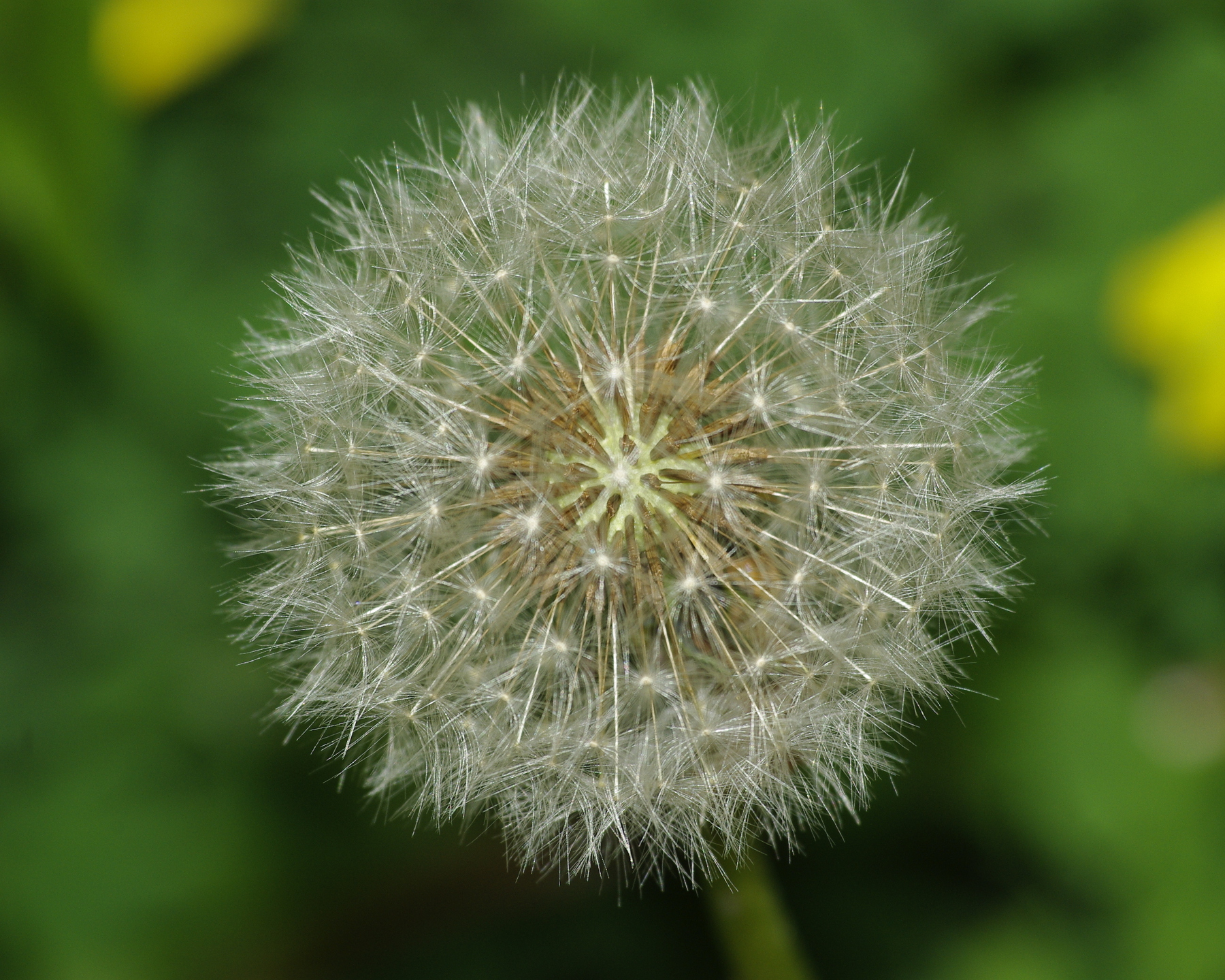 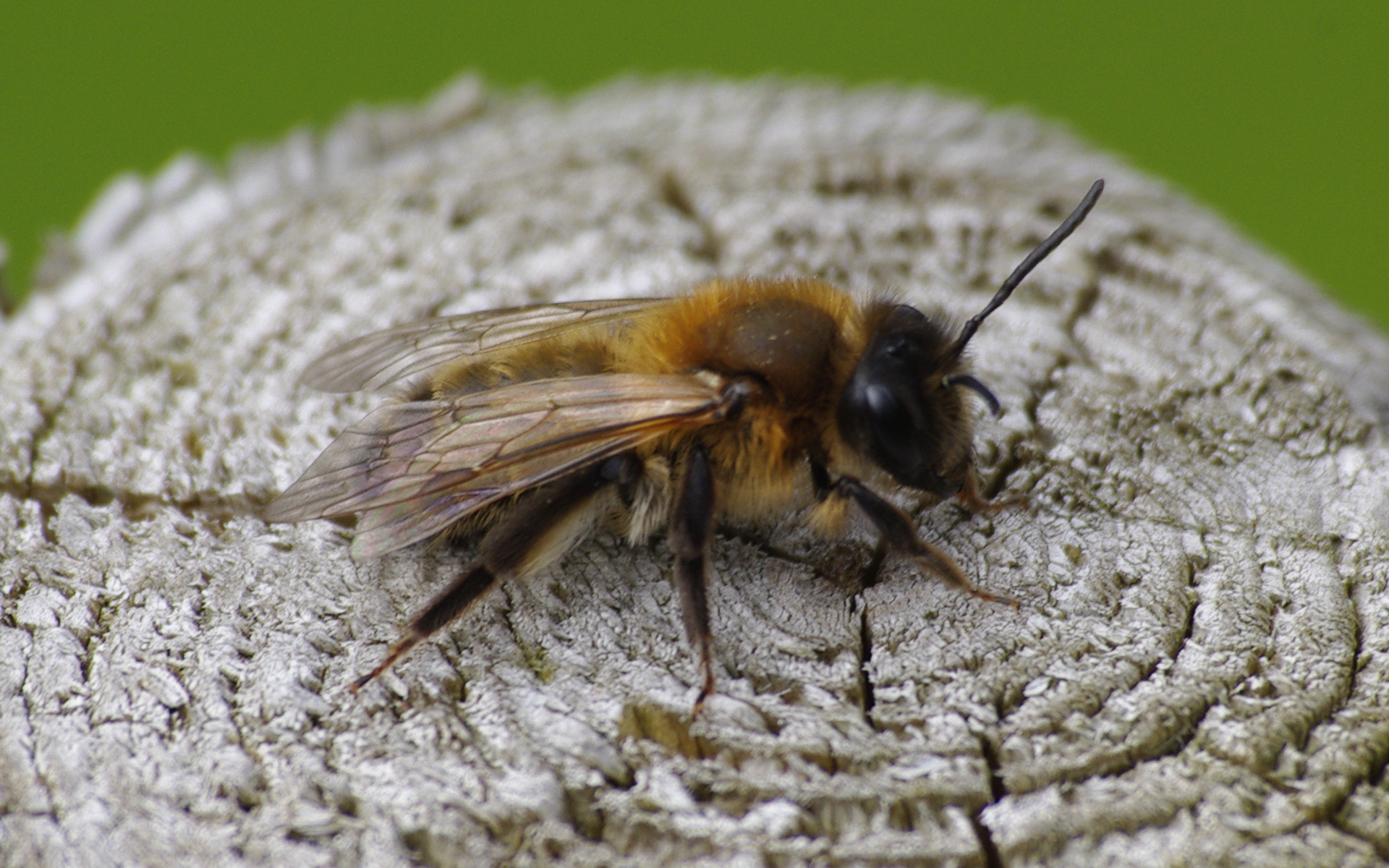 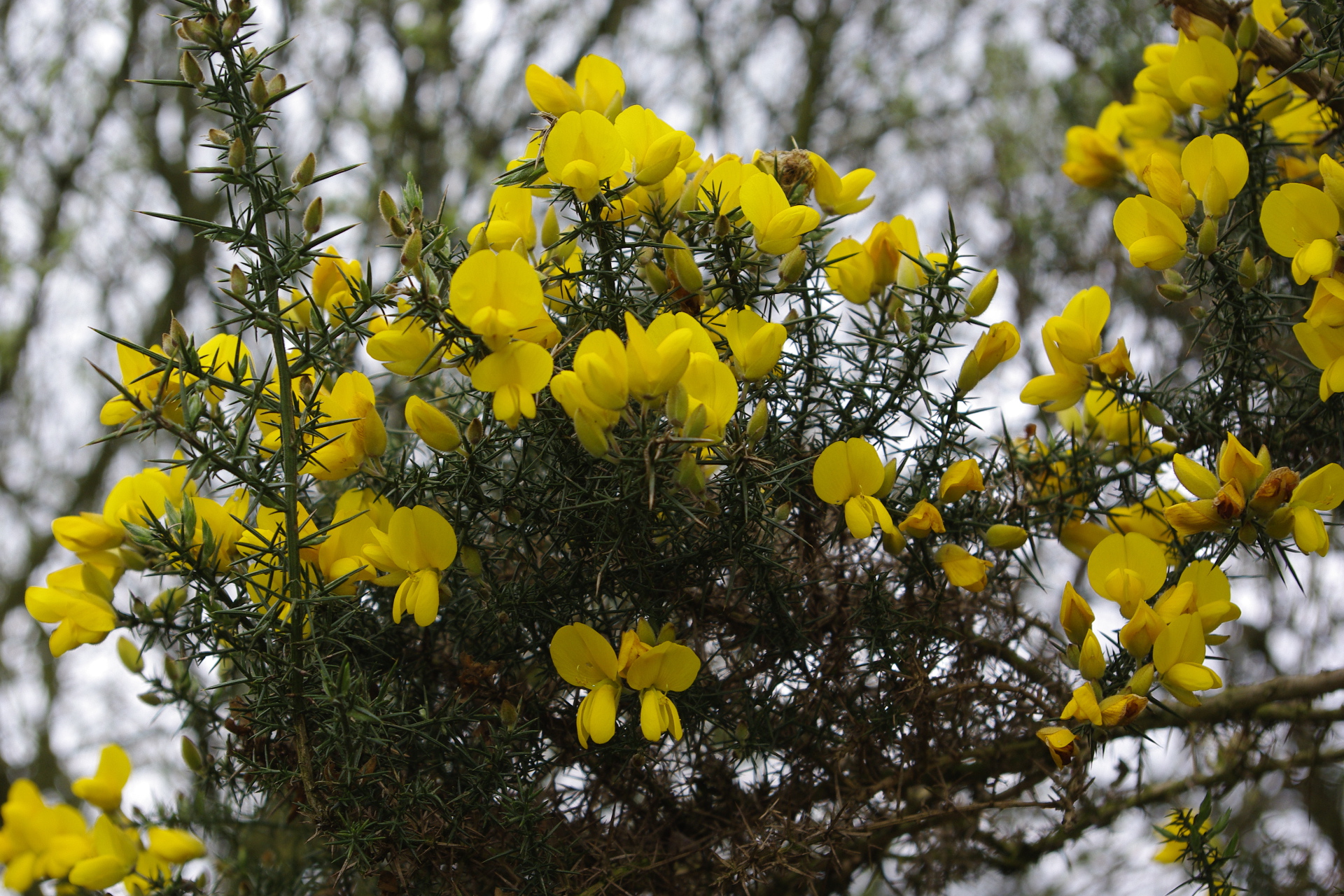 And here it is… At last, the final part of my little story that grew… You can start at the beginning here.

It had been a warm, sunny, and, for Laura, a strenuous morning. Elizabeth and Philippa McGeogh were at last asleep again after a feed each. Prior to this, they had jointly and simultaneously appealed to the universe in regard of their perceived lack of nourishment. Feeling rather exhausted, Laura had just made a cup of tea and allowed herself the luxury of sitting down to drink it. Then she stood up again with a gasp, as the telephone rang.

(Ross was now deputy project manager; Balfour, McAllen had now provided him with a phone at home, and a car – he’d already learned to drive using another of the firm’s vehicles. Robert McAllen figured that both were a good investment in this young man. Living near the city as they did, it was a dial type telephone, too, not like they had out in the villages, such as where Ross’s grandpa now lived.)

“Harbourside, four two three seven…?”
Laura heard an operator cut in. “Connecting you, caller…”
“Hello…? Oh, Laura, it’s Grandma Helen here. How are you, pet?”
Laura sighed. “Shattered, to be honest. Their ladyships are snoozing and I’m drinking tea before facing the rest of the housework. What about you?”
“Och, not so bad for an old one. But you try and look after yourself as well. I really rang you because Grandpa and I have just been thinking – now that you’re just about on your feet, and we’ve sorted a few things here, we’d like to have a wee party for you all. Maybe you and Ross – bring the twins, of course – Ross’s folks and Janet, your Sarah with Geoff and wee Paul, and Sarah’s folks if they’ll come. D’you think you could make next Saturday?”
“Oh, I’d love that. It’d be a lovely break. I’ll tell Ross tonight. I’m sure he’ll want to speak to Grandpa. Sometimes I feel a bit stuck on a treadmill, here. I mean, Ross helps how he can, and everything, but…”
“Listen, pet. Going from being a couple to a family of four’s bound to have knocked you sideways a wee bit – both of you. I’ll tell you what: come a bit early – say just after lunch. We can have woman talk while Ross helps Grandpa set stuff out, if he wouldn’t mind.”
“That’s sweet of you. You’re sure you can manage, though? It sounds a lot.”
“Och, well, it’ll be a squash, but we’re all used to that. Now, I’d better see what Grandpa’s up to. See you soon. ‘Bye, pet.”
“Love to you both. ‘Bye.”
Now drinking lukewarm tea, Laura once again blessed the day she had married into the McGeoch family.

The twins, complete with demountable pram and a varied assortment of baby-related sundry items, were now ensconced in the back of the Morris 1000 Traveller. Laura leaned back in the passenger seat, and very soon dozed off as Ross made his way to South Hills. On this sunny summer afternoon, he felt the luckiest man alive. As the close urban atmosphere gave place to country air, he wound down the window. Life was tiring, but good.
Once some warm greetings had been exchanged, and the twins’ pram set up in a shady part of the lower back garden, Ross helped Archie to arrange the living room to the best advantage, and set bottles and glasses at the ready. They grinned as they heard the steady stream of non-stop chatter emanating from the kitchen.
“If I were you, I wouldna strike a match out there, laddie.”
Ross looked up. “Too much gas about?” It was an old joke, but Archie’s favourite.

“Look, Grandma Helen, there’s not much left to do. If I just put this cream on the trifle, would you check on the twins for me? Make sure Grandpa’s OK, though, as you go.” Laura knew that, put like that, Helen would need no second bidding. Sure enough, she paused only to finish her cup of tea, before entering the living room. The menfolk had done well, Helen thought. She was looking forward to a lovely evening. Ross was polishing glasses with a tea cloth. Archie was just emptying the vacuum-cleaner he had been using, in the small yard at the side of the cottage. Ross had been joking with him earlier about this method of cleaning.
“You have electricity, grandpa? Right out here, in the wilds?”
“Och, aye, laddie. Real glass in the windies, an’ a’.”
When it came to repartee, it would be a very smart fellow indeed who ever beat Archie McGeoch.

Ross walked through to the kitchen to find Laura, with her back to the doorway, putting the finishing touches to the trifle. From behind, he grabbed her in a bear-hug. “Guess who?”
“I should know by now. Careful, you, or you’ll get plastered in cream.”
“I should be so lucky.”
“No comment.” Laura turned to give her husband a tantalising peck on the lips, before tackling a few bits of washing-up.
In the meantime, Helen had stepped out through the French doors and onto the terrace at the back of the cottage, and now looked down into the lower part of the garden, lost in thought. Then, very deliberately, she walked across to where Archie had come round from the side yard. Without a word, she took his hand. Together, they descended the short flight of steps, and walked across to where Laura had carefully positioned the twins’ pram. At that moment, two peacock butterflies settled on the top blanket before returning to the buddleia, drawn by the heavy scent.

Quietly and gently, Archie and Helen kissed, and then Archie’s eyes filled. Helen reached for the handkerchief in her sleeve, and dabbed her own eyes, before resting her hands on her husband’s shoulders. His face and body were now racked with unstoppable sobs. Lines of tears ran unheeded down Helen’s face.

Ross and Laura had now finished the last details of the preparations they had been attending to, and went to join the others in the garden. As they took in the scene that met them, they stood quietly at the other side of the pram, holding hands very tightly. Then, as Laura looked into the pram at her children, she felt an overpowering surge of emotion; a tide of maternal love. As she turned her head slightly to look at her husband, Ross caught the smile that started in the corners of her eyes and spread over her whole face. The same smile that had first knocked him senseless.

Still not a word was spoken. All the talking had already been done. It seemed that, just as the tears were streaming down the two older faces, so pain, grief, and sorrow were pouring out of their hearts, draining away to leave only inward joy behind. While the four watched as the pram blanket gently rose and fell, and listened to the gentle murmers of the sleeping pair, each knew what the other three were thinking. The circle of life was complete. At last, twin babies dozed, close by the butterfly tree.