Today, I’m taking the liberty of using the Magic Moments blog hop, hosted here at The Oliver’s Madhouse, to shout out a call for others to help provide some encouragement, and maybe some ‘magic moments’, for another blogger.

As many of you already know, Emma Day, who blogs with great intensity of feeling, over at Crazy With Twins, is fighting hard against thyroid cancer. And the next stage will be especially gruelling, because internal radiation therapy will mean that, for around 33 days, she will not be able to have contact with her baby girl twins. Imagine, if you can, the impact of this requirement on a mum for whom her family mean so much. ‘Agony’ doesn’t begin to cut it. Emma’s own blog post giving more details is here, and Vicky, over at Verily, Victoria Vocalises, has also written about it here.

What Vicky and I would like to do is to put together a series of blog posts on successive days, to show our solidarity with Emma through this time of anguish, starting from the first day Emma will spend in Hospital. Such a post could be anything offering interest, humour, or inspiration… You name it.

If you’d like to contribute a post, then, as they say in the competitions, here’s all you have to do: Leave your name and any comment in the reply box on Vicky’s post. She will then allocate dates to contributors. If the number of offers is higher than around thirty, then we can run extra posts on some – or all – of the days. You can, of course, prepare your post in advance, and hold it as a draft until your turn comes round, then just publish and link on the day.

Oh, and an important note: Don’t worry about the technical stuff! Victoria will host the linky and organise the rota. The rest of us just need to link up as required!

Thank you for reading. We’re looking forward to hearing from you. And we hope for a truly ‘magic’ outcome for Emma. 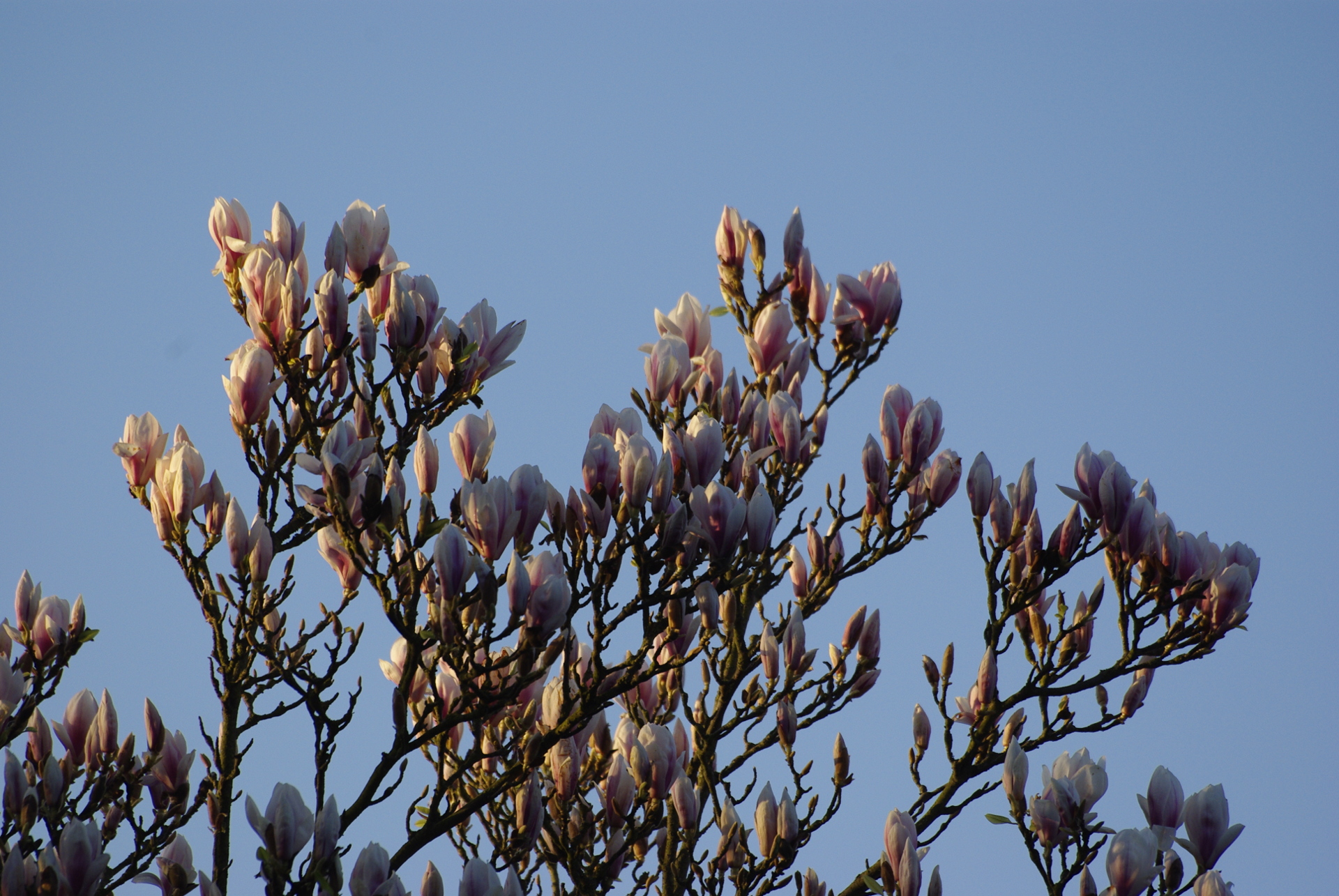 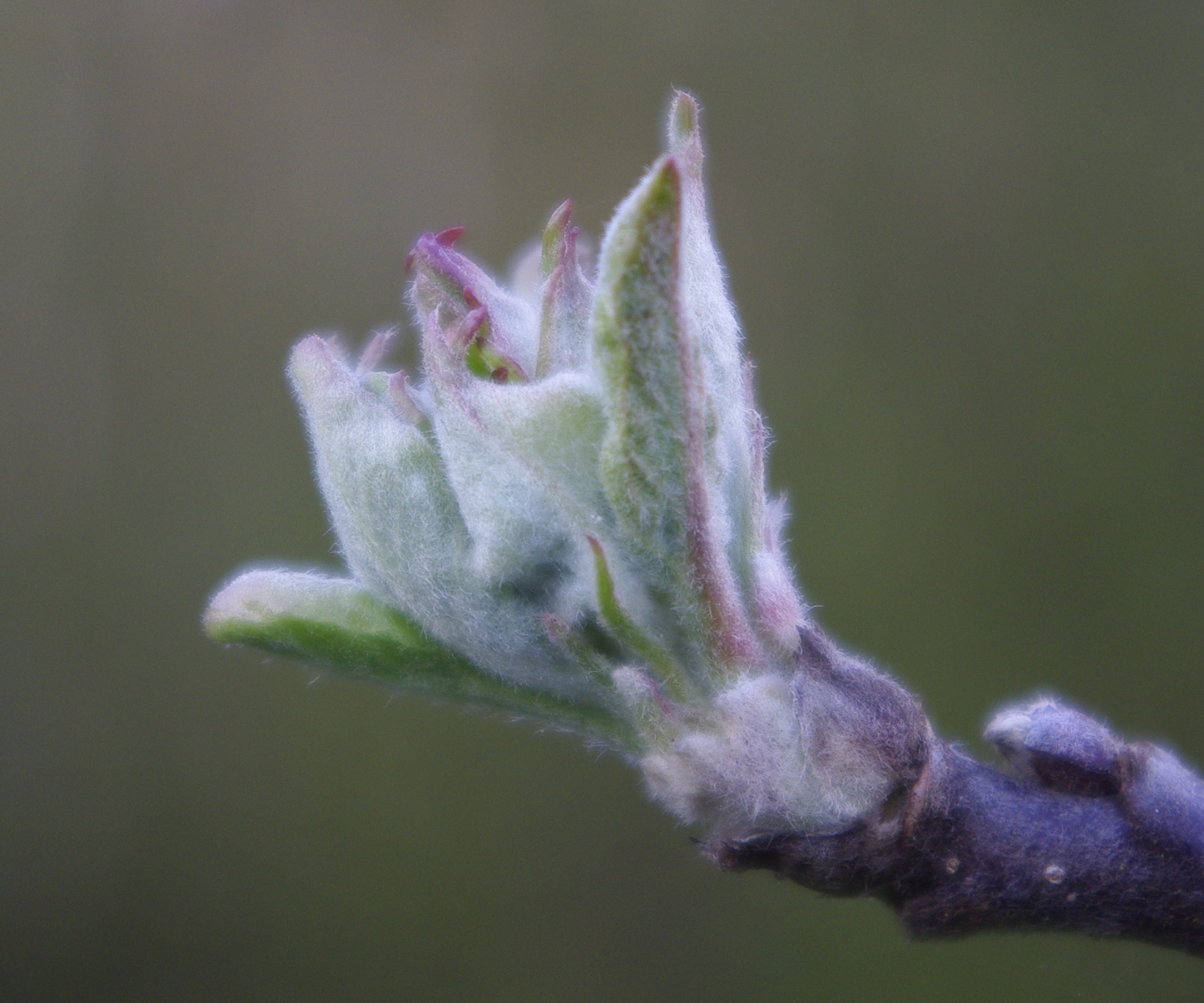 For ‘Wednesday Words’ this week, hosted by Emma at Crazy With Twins, I am posting something I wrote some time ago, before I had a blog of my own. It was written in response to the question of belief – not belief as a faith or religion, but rather, something about life that you uphold personally.

THAT IT IS MISGUIDED AND UNFAIR
TO JUDGE OR ASSESS ANYONE BY:

THE EXPRESSED OPINION OF THE MAJORITY
ON ANY MATTER
IS NOT ALWAYS THE FAIREST VIEW.

What do you think? Are there any issues especially dear to your heart? Let me know in the reply box if you like – or write a post of your own!

To link up this week with ‘Magic Moments’ this week, hosted at The Oliver’s Madhouse, I’m giving you this photograph, that captured a magic moment one June morning nearly two years ago. This heart-shaped plume had formed over the cooling towers of the large generating station at Ratcliffe-on-Soar, Nottinghamshire. 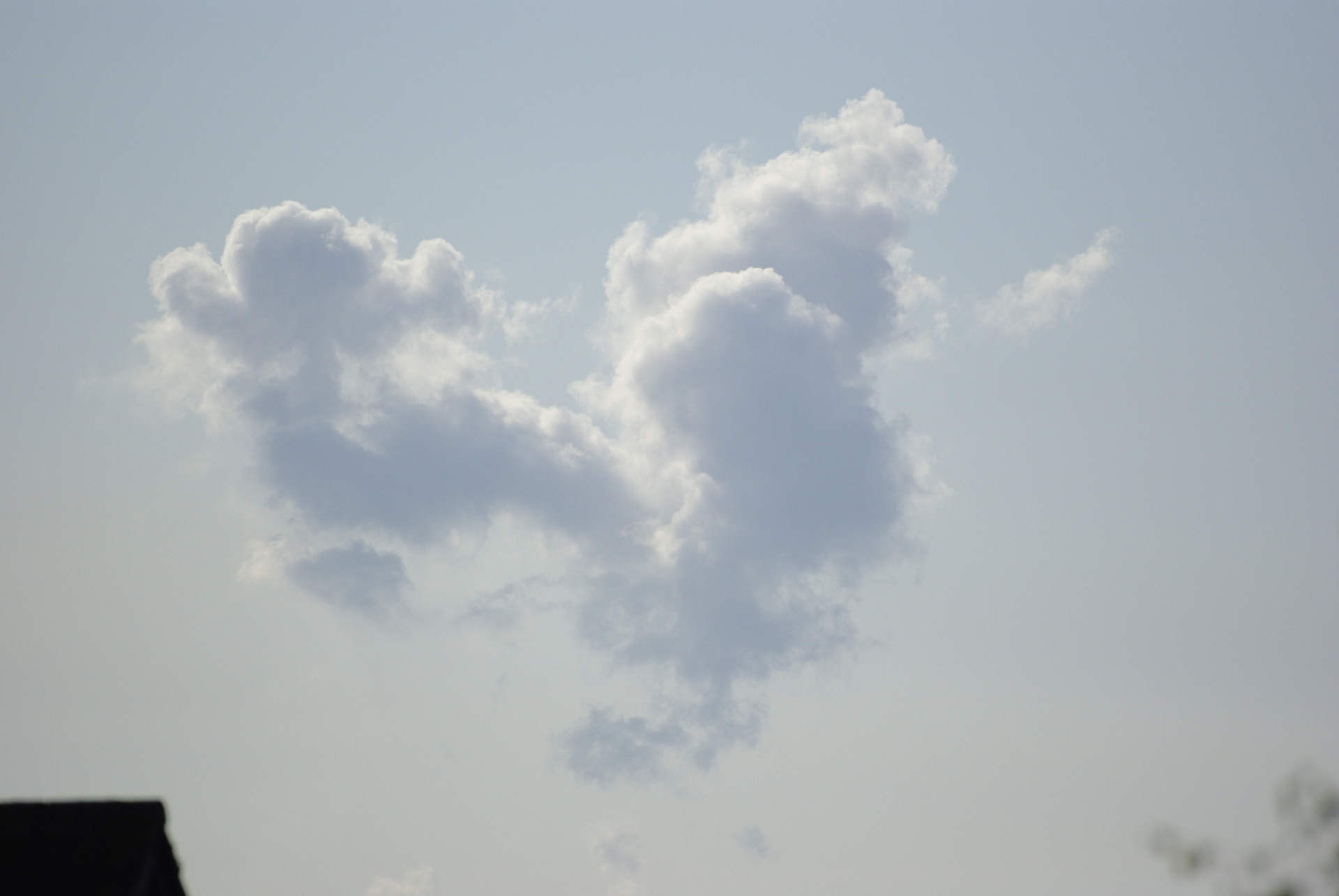 It is somewhat symbolic that this should have happened over Ratcliffe. Some years ago, a large sum of money was invested in this station to install flue-gas desulphurisation equipment. This enabled the station to continue to burn British-mined coal with a high sulphur content. The sulphur-containing compounds removed are used in the manufacture of plaster for the building industry. Thus there are benefits to both industry and the environment. Generating capacity at this station is never shut down except for overhaul. It contributes about 2000 megawatts – that’s enough to power a million 2kW electric kettles at once – into the grid, twenty-four hours a day, all year!

This post is in response to the ‘100 Word Challenge’ here, where you will find links to many more responses. The brief was to write a piece of 105 words in length, including the phrase shown in bold.

I’ve been thinking lately about the trend to acclaim victorious sports personae as ‘heroes’. The true story came to mind of the American girl runner who, last year, competed in two races on the same day; the first, she won. But then, so soon after the first challenge, the second race proved severe, and she gradually fell back into last place. Then, close to the finish, she stopped for her last remaining opponent who had collapsed. Lifting her and taking her arm she helped her to the finish. As the line was crossed, she pushed her opponent ahead.

For which race was she the hero?

This post is in response to ‘Prose for Thought’ at Verily, Victoria Vocalises.

I’ve only time for a small poem now, so here goes! I think we’re all getting a little fed up with this drawn-out Winter weather!

It feels like
We wait for ever,
For Winter’s chill
Her grip to sever.

But all things come
To those who wait
We’re told: Even if Spring
Is arriving late.

And today has brought
At last, some relief
From ice, from snow,
And dreary grief! 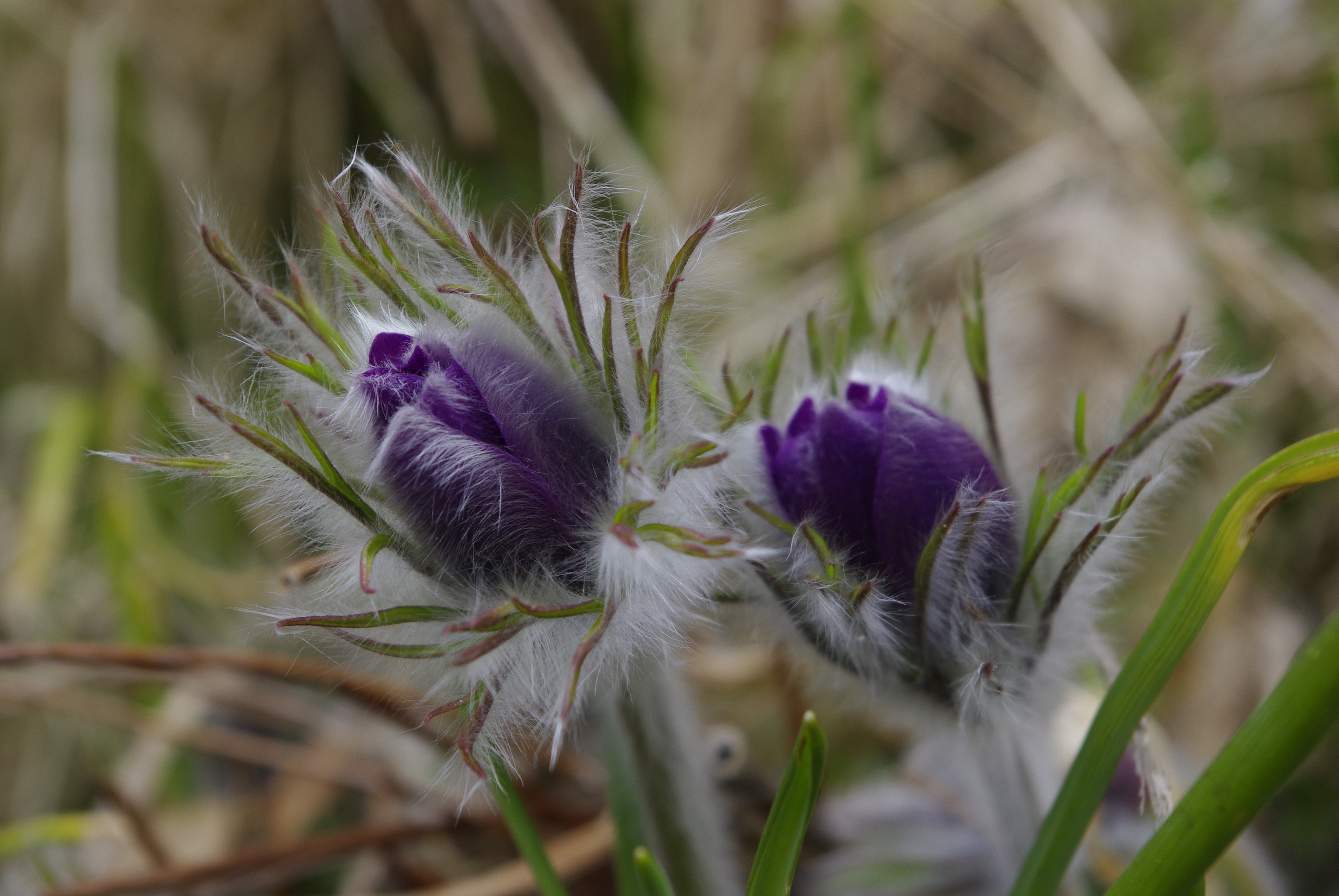 The Wednesday Words link-up, hosted by Emma at Crazy With Twins, is, in general, an open forum. You can post – within reason – anything you like, whether a quotation (with credit to the author) or your own work, to inspire your readership at around the middle of the week. And this is great. But, right now, a particular topic has been brought to my notice.

First, let me make an observation: Every day, we read, or hear, statistics, in some form or other. But being part of, and interacting with, the blogging community has taught me an important lesson, namely, that behind statistics lie real issues to do with real events, affecting the lives of real people.

One such issue is the strange – and unwelcome – phenomenon known as Sudden Infant Death Syndrome, something which is still unexplained. And today, the Foundation for the Study of Infant Deaths (FSID) an organisation given over to study and practical advice on all aspects of this subject, is re-launching as The Lullaby Trust.

Now, just a few weeks ago, on the 2nd of February 2013, the blogging community in the UK was rocked by the death of a baby girl aged nine months: Matilda Mae, the daughter of Jenny, who blogs at Edspire, and her husband David. Many of us wanted to show Jenny and David – and each other – how we felt about their loss. This led to a collection of prose and poetry which linked the hearts of so many people, of which many – including myself – had not until then known Matilda Mae or her family.

So today, to mark this re-launch, I am re-publishing the poem I wrote then. Although it is hardly a lullaby for children, I hope it can be one for parents everywhere who have been directly affected by such an awful trauma.

The metre of the verses was inspired by the tune sung to the Welsh song ‘Myfanwy’ composed by Joseph Parry (1841 – 1903) of which I am very fond. You can listen to it here.

We who, till now had never known you,
Are taking each the other’s hand;
Desiring to extend compassion
Yet struggling here to understand:
Of each who took to heart the story
Of how you left us on that day
The heart and mind, with ties that bind
You’ve drawn so close, Matilda Mae!

We who would never wish such sadness
Should fall on any family,
But rather, seek to share the gladness
A growing, happy child to see –
A rainbow through our hearts is streaming
Sorrow, for those who feel such pain –
And yet, for you, the sky is blue!
In this, we take our strength again.

Your absence in the body deeply moving
So sharp for one your mother and your nurse!
Yet now the power of love we’re proving
Strongest in all the universe!
The joy of Paradise receiving
Is yours, surpassing brightest day –
Yet now, as torn, for those who mourn
You’ve joined our hearts, Matilda Mae!

And so now – what about lullabies for small children? I would say, sing to them gently, anything that truly comes from your heart. The sense of love will come through. And if you sometimes get hoarse, or need a little inspiration, listen to this – written by one of the greatest writers of truly timelessly popular hit tunes ever: John Sebastian Bach!

I trust my readers will join in my continued thoughts for Jenny and David, and for every family affected as theirs has been. Thank you.

This post is in response to the ‘100 Word Challenge’ here, where you will see links to other responses. The brief was to write 104 words, including the phrase shown in bold, in a humorous vein. I struggled to think of something, until I remembered this…

At my front door:

By now, I was intrigued, not least from the data security angle, so I asked if I might ‘listen in’ to the check. The engineer was agreeable, so I sat in his van while he contacted his control centre, then waited for a call back.

“Hello, Fred. You’re going to love this: I don’t believe it. Somebody didn’t know the number, so they guessed it…”

This actually happened to me, one wet night, pretty much as I have told it. I have only changed  my house number. Real life can be funnier, as well as stranger, than fiction!