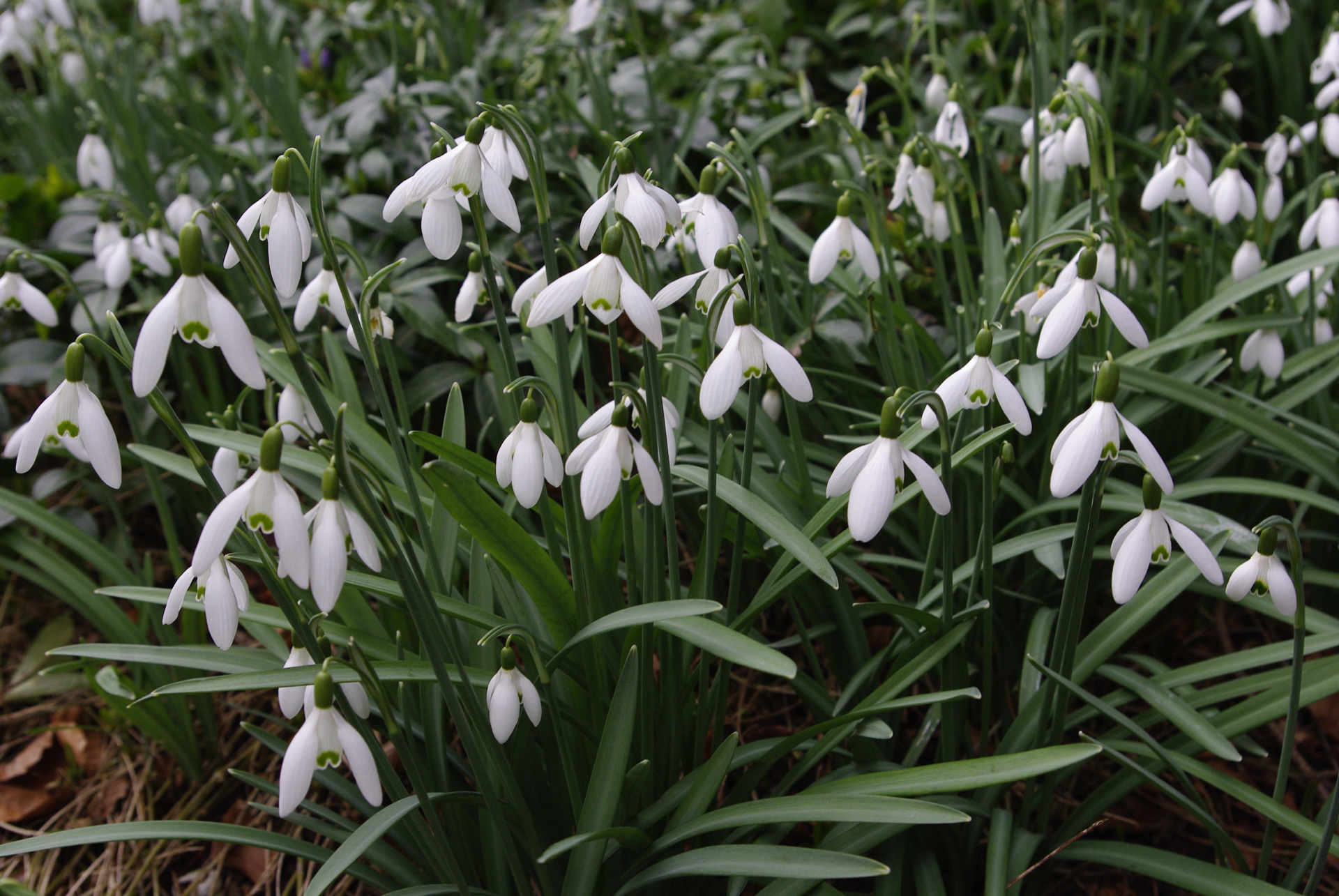 OK, so it’s been a while. But what better time to release a bit more of this treacle-tin serial than Valentine’s Weekend? And once again, if you’re new to this little effort, it’s best to begin here.

“Just look at that!” Ross was awestruck.
“Wow!” Laura whispered.
The young couple gasped as seagulls soared, turned and dived in the sea breeze, the sky full of a non-stop display of aerobatics.

“Happy?”
“Love it. Almost as much as I…”
Ross cut her off with a kiss as she began to blush, and she squeezed his hand. He would have taken her to the pictures or dancing more often, if she had cared for that. But she loved walks at the coast more than anything else, after the first time Ross had offered and they had taken a bus trip one Saturday. They had done the same this time; Laura had made a packed lunch for them and Ross had bought lemonade and some sweets and chocolate for the journey. They often joked about Laura being a cheap date.
“Told you before about that, poppet. Nothing cheap about you. Just not expensive to keep…” And so the lovers’ banter would go on.

They fell silent as they walked on down the cliff path to another vantage point, where they sat on a wooden bench and finished the last of their lunch. The breeze brought with it the tang of salt spray. Arms at each other’s backs, they gazed into the distance, to the outlines of the islands westward. After a few minutes, Ross felt the weight of Laura’s head falling against his shoulder. As he caught the clean smell of her hair shampoo, he saw that her eyes had closed. He was thoughtful as she dozed. He knew that her working week tired her out; she left her cousin’s house at seven every morning in order to be in time for work. She was home by six, if she was lucky, and her bus ran to time. And yet, as he held her close, it somehow felt so right. He waited until she woke with a start.

“Laura, poppet…”
“Yes…?”
“I’m just thinking we might do something different next Saturday. Just for a, y’know, change, like…”
Laura recognised the mischief in the way Ross left the suggestion hanging. She tolerated this for three and a half seconds.
“Out with it, then, ye wee terror!” As a general rule, the more excited or impatient she got, the more her mild-mannered parlance would metamorphose into the vernacular. Ross , at just over five feet ten tall compared with Laura’s five foot three, and (on Laura’s own admission to her aunt and her cousin) gentle as a lamb, would probably always be her ‘wee terror’.

“Well… I was thinking we could maybe go into town. I’d a wee bit shopping in mind. Like… looking for a ring for the fourth finger of somebody’s left hand. Yours, for instance.”

There. He’d said it. Words he’d wondered for ages just how they would come out. And as it happened, words that Laura wanted to hear, yet dreaded. There was nothing for it; she would have to face him out, right now.

“Ross, sweetheart… There’s something I need to talk about.” It came out in a sudden rush.
“Erm… you’ve decided you don’t want to marry me quite so much after all? Is that it?”
“Of course not, ye daft lummox!” Playfully, she punched Ross’s shoulder. Too late, she saw the grin. “Listen. I wanted to tell about this before, but somehow, I just couldn’t. You see, I didn’t want you to think I was rushing you.”

Help. Girls. How could you ever understand them? Understand this one, anyway?

“Could you explain yourself, if that’s possible, O dearest light of my life?”
“Ooh, am I really?” It was Laura’s turn at mock seriousness before Ross caught the look in her eyes. “Well, it’s like this. I knew you’d want to do… what you just said. Sometime. But, you know that first time you came with me to Auntie Kath’s, and you noticed Sarah’s wedding photo?

This was making less sense than ever.

“Yes… What’s that got to do with the price of cheese?”
“Well, you know how you remarked on the necklace she was wearing, in the photo? And how I said it was a sort of family heirloom? It was my granny’s. I didn’t know her ’cause she died quite young, and my granddad did too. But, you see, in her will, she said that Auntie Kath’s first daughter should have the necklace, and my mum’s first daughter should have her engagement ring. So Auntie kept the necklace safe, and mum kept the ring – I don’t know where. I saw it once, when I was a wee mite. It was beautiful. I think it had a diamond, with pink gems at each side. I didn’t know it was meant to be mine, then. Auntie told me about it one day. Anyway, there was the war, of course, and then…” Laura sighed. “…there wasn’t mum to ask, when I grew up. I know our house was bombed, and mum killed. But… I just wondered if there’d be any place it might have been taken to. You know, to the City Hall people, or something. Did they check houses before they pulled them down? Of course, I know a lot of stuff was just blown to bits. But what do you reckon?”
“Well…” It was Ross’s turn to sigh. “Now I get the idea. I can see why this means a lot to you, poppet. But I’ve no clue how to find anything out. Wait, though. My grandpa was a volunteer fireman in the war. They must have had rules about that sort of thing. We could ask him, if you don’t mind him knowing, you know, how serious things are with… us.”
“’Course I don’t. He’s guessed already, if I know your grandpa at all. But would you talk to him, sweetheart? And, if we did get it back, and I wanted it to be my engagement ring, would you mind?”
“If that’s what you’d like, Poppet, I’m happy. I go and see him one evening in the week anyway, now I’m not at college. You go and see your auntie and uncle, don’t you? Can you find out as much as you can, like, say, what the ring looked like, the address of your old home, the date of the raid when your poor mum was killed, all stuff like that? Anything at all. I mean, if it is safe somewhere, I don’t suppose they hand out lost property like this on a nod an’ a wink.”
“You’re on. I see Auntie, you see Grandpa. Is that it?”
“And if nothing comes of it – though it would be lovely if it did, for your granny’s sake, too – I get to buy you a ring. But if we do get your granny’s ring back, I buy you a necklace, or something like that. Whatever you’d like.” Ross went on, mimicking the accent of one of the American characters in the last film they had been to see together. “Do I have a deal, Miss Millar?”

Laura’s reply wasn’t given in words. 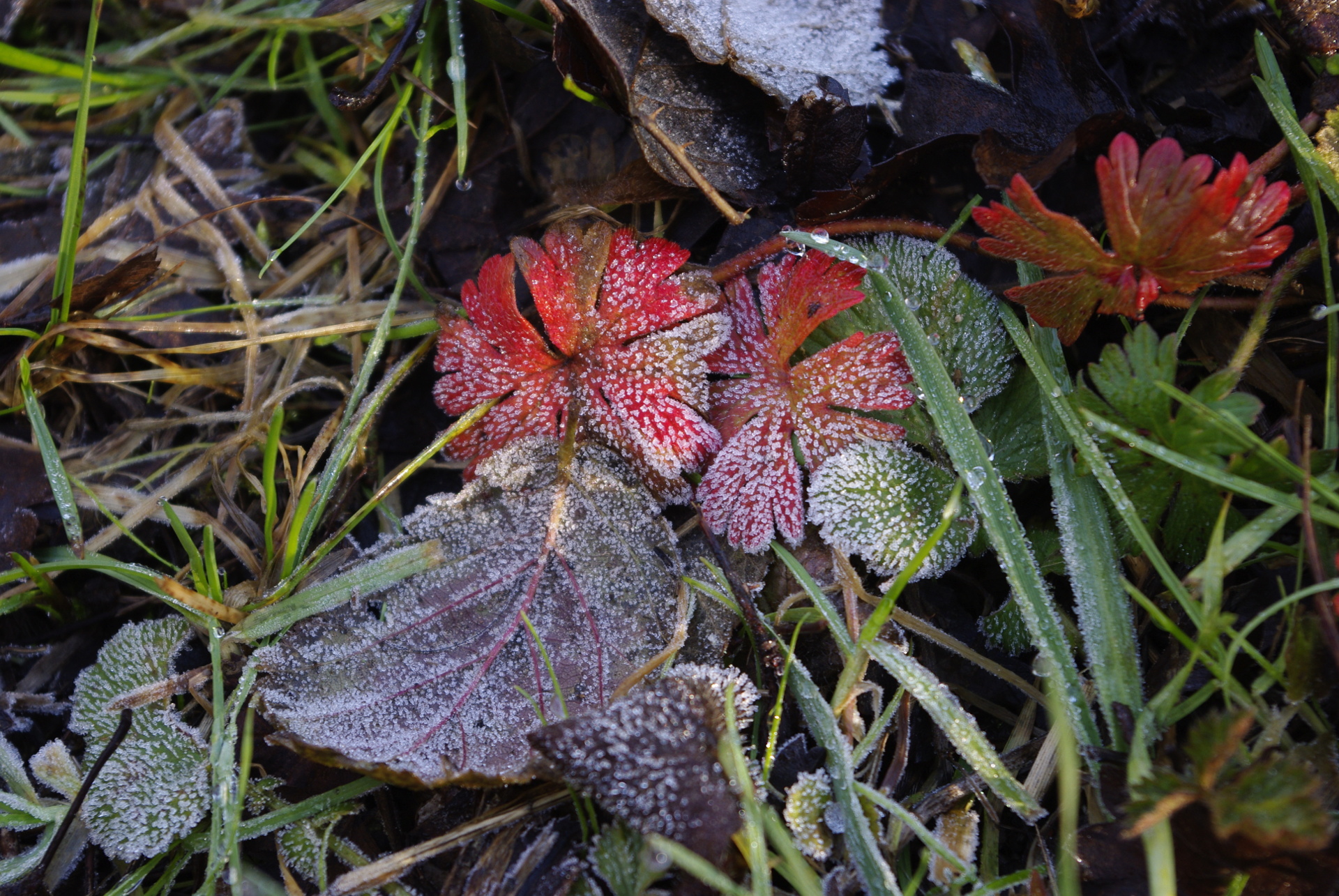 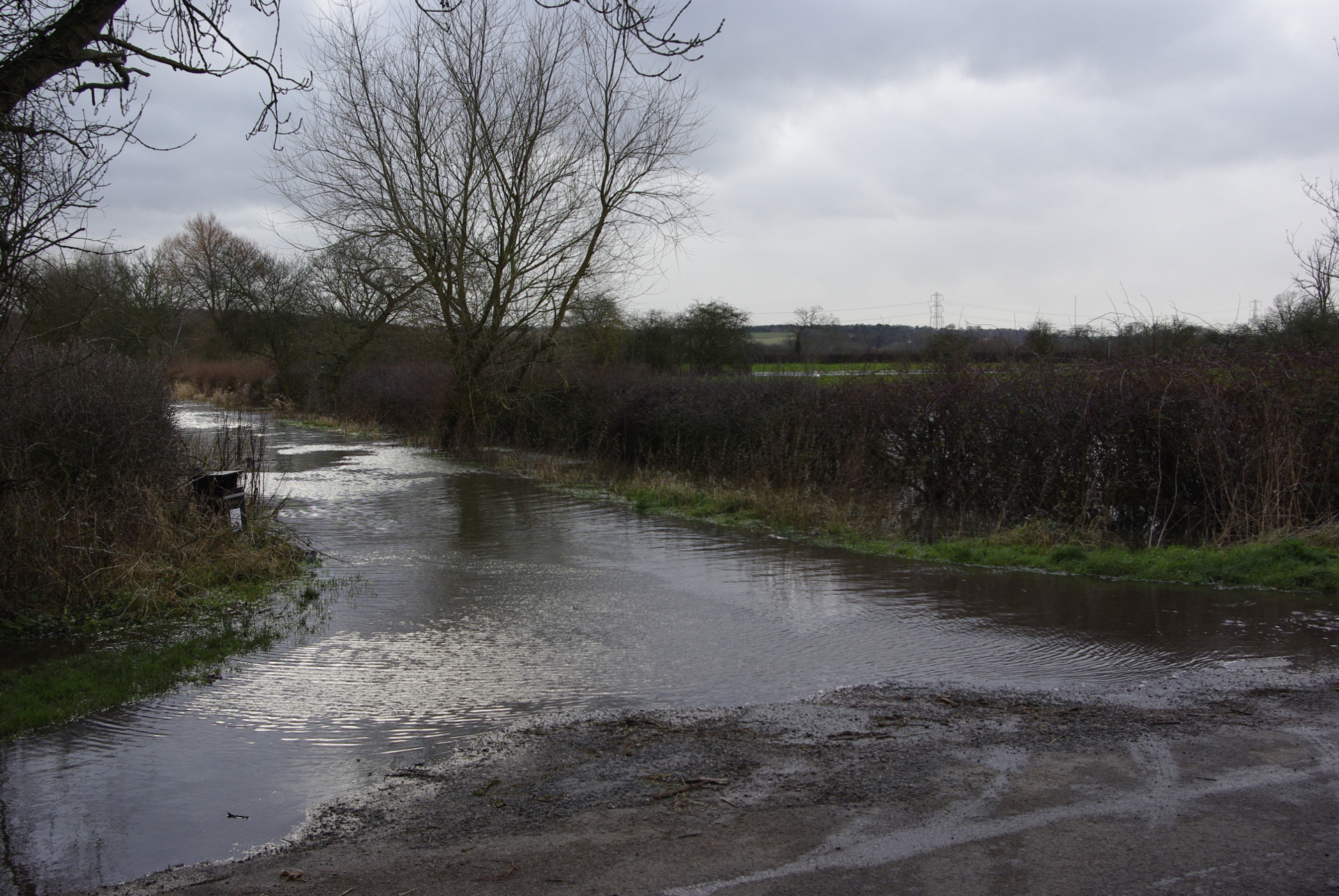 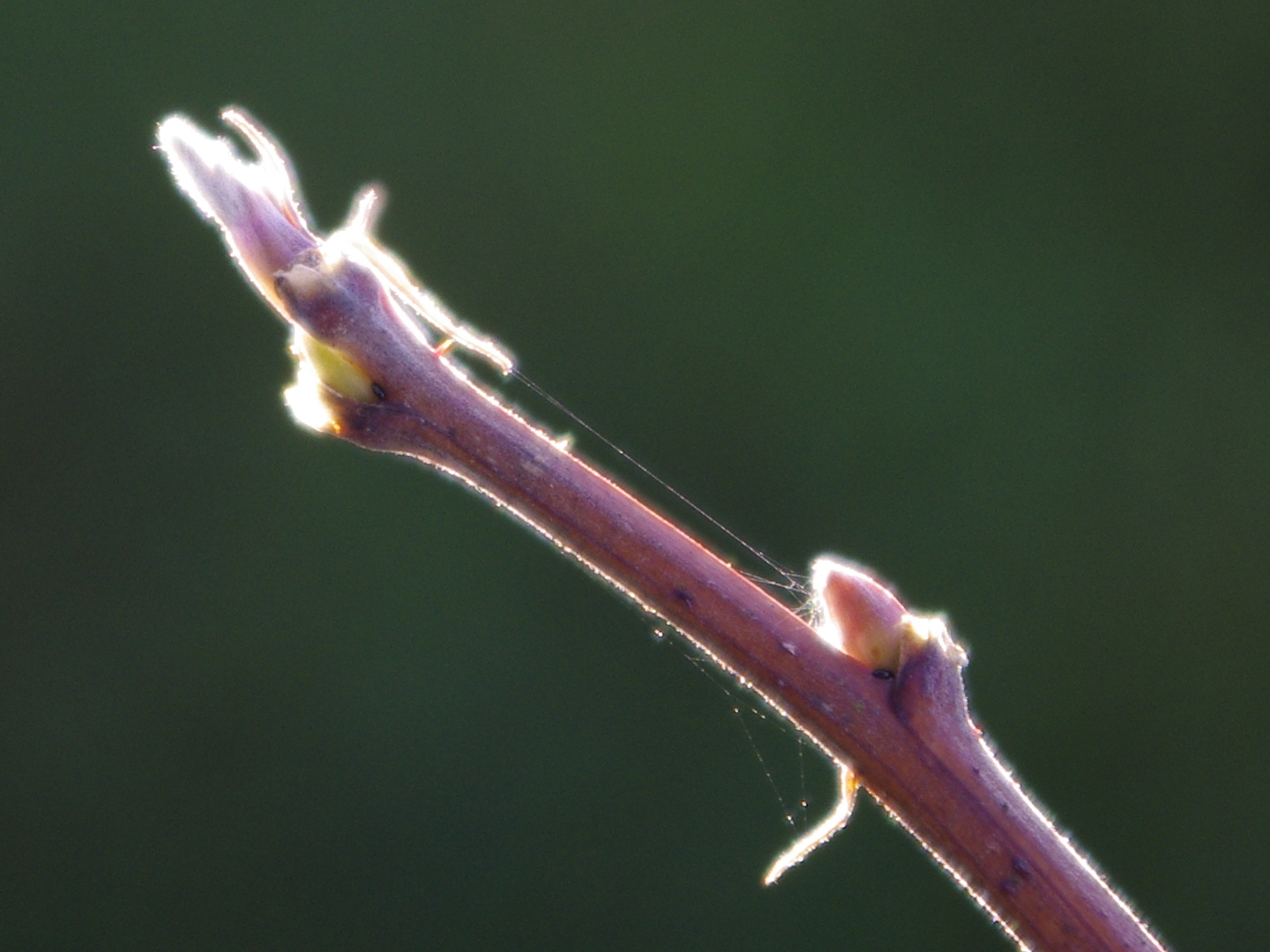