As some of you already know, I have a weakness for all things steam. Well, back in the days of school metalwork, after completing my ‘set pieces’ I decided I wanted to build a small stationary steam engine. Luckily, I had support from the teacher and others. Cutting a very long and involved story short, I completed one in about a year’s worth of lessons and some extra time in the workshop whenever I could. And so the great day came to test it.

The boiler was filled with water. As we had no methylated spirit at school, a Bunsen burner was used instead of the spirit burner I had made. After a few minutes, bubbling noises issued from the boiler. The piston rod moved slightly, then stopped at the end of its stroke. After a flick of the flywheel, the engine spluttered out condensate… and picked up speed!

Now, of course, technically speaking, there was no reason why it shouldn’t have done. But, to a lad not long a teenager, there was a ‘what if’ factor; so this was indeed a magic moment.

Sadly, no-one recorded the event on film. (That’s right, you youngsters – FILM. Digital imaging was still a long way away.) But, on Monday this week, in honour of the  Magic Moments linky at The Oliver’s Madhouse, I steamed this little creation and took some pictures… 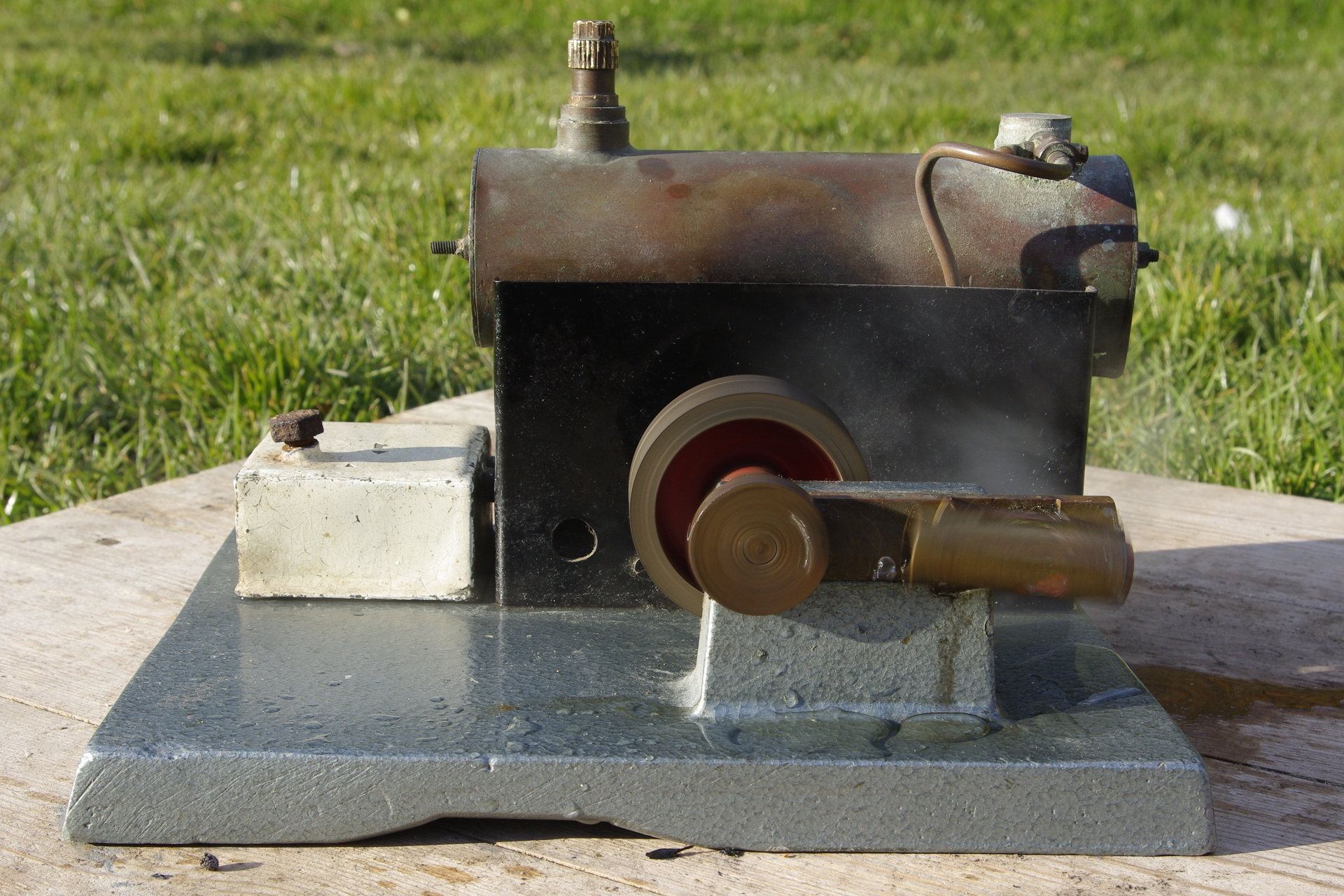 Ah… Methylated spirit fumes on the spring air! It quite took me back, I can tell you. One day, I’d love to make a bigger, better one. Maybe I will. But the first run will be no more – but, perhaps, no less – a magic moment than that first test run all those years ago.

4 thoughts on “There She Goes!”