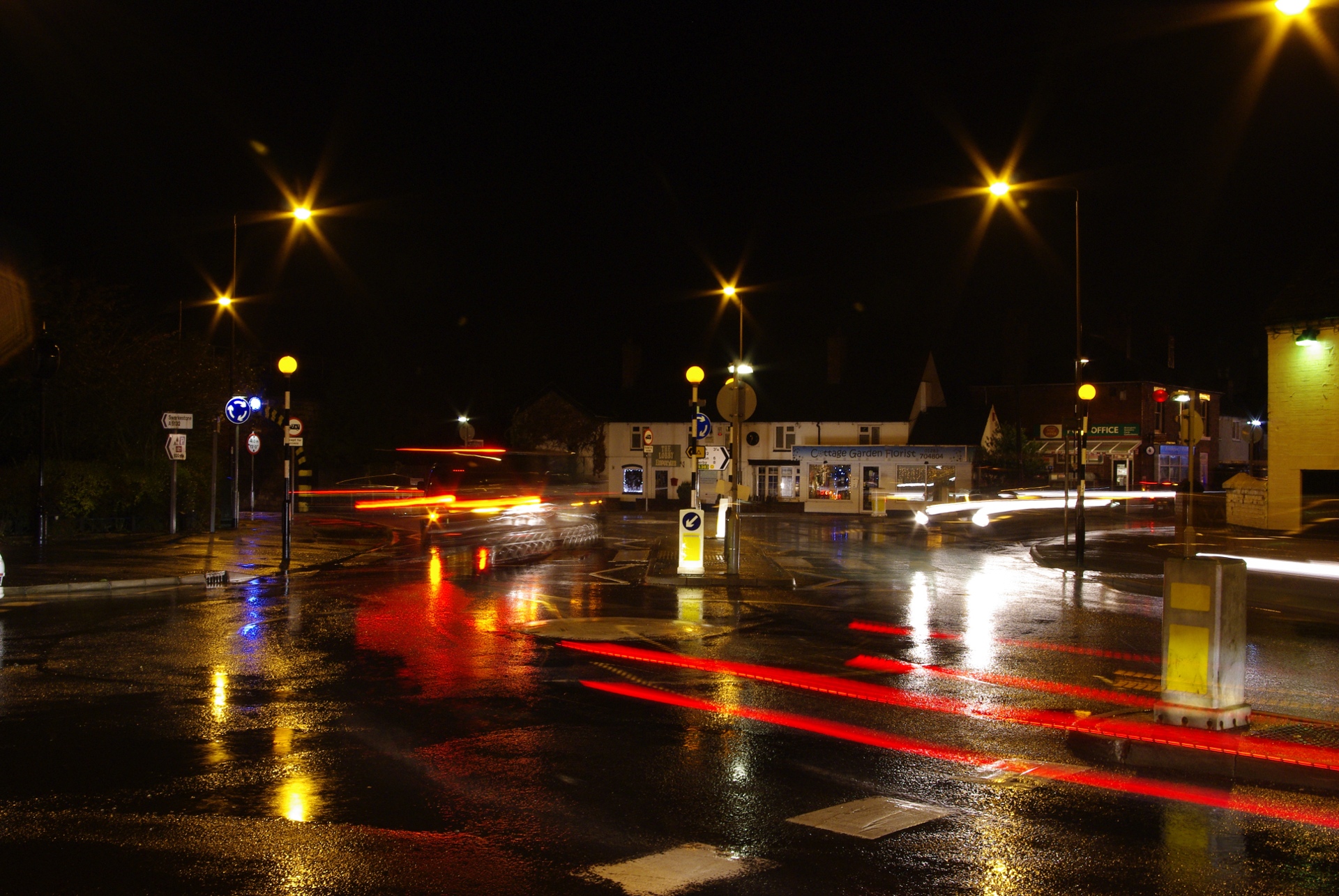 This will be, for me, an unusual post. Those of you who know me here, and on Twitter, know that I’ll readily join in the round of joking and banter. But there is a time to be serious. Yes, there really is. Now, I’d like to say that, as a Christian, I have tended to refrain from posting anything on here that might be interpreted as ‘pushing religion down people’s throats’ and I would rather try to set out something by way of humility and compassion than by exposition of doctrine. I am concious of measuring up very poorly.

But tonight is different; Liska over at New Mum Online, just here, has made an appeal that I could not ignore. It’s about the plight of a blogger called Kerry, aka Multiple Mummy. I don’t know her really, myself, but those who do speak of a kind, compassionate woman with a big heart. Now, at the end of July this year, Kerry suffered a brain haemorrhage. We now gather that her progress since has been somewhat erratic.

Hence the direct appeal from Liska, for prayer.

I’d just like to say that I have prayed to the God in whom I believe and trust, about Kerry, and I will continue to do so; that God may be pleased to spare her life, and restore her to her loving husband and family – and also that her husband, children, extended family, and friends might be aware of genuine comfort, including the concern of a great many people, at this very agonising time.

With best wishes to you all. Thank you.

This post is in response to the ‘100 Word Challenge’ here, where there are also links to other responses. The phrase shown in bold is to be added to 100 more words.

On Pete’s bench lay a large envelope, unsealed. Several workmates knew that it contained a glossy photographic print of a picture he had taken himself. It was almost the end of the working day, and he went to the ‘gentlemen’s’ – two floors down. As he left us, Tony quickly removed the print from the envelope, then folded and creased the empty envelope neatly in half. He then unfolded it  and wrote at the top:

PHOTOGRAPHS – DO NOT BEND

then added across the middle:

OH YES THEY DO!

and replaced the print.

I really tried not to laugh when Pete came back. His face was a study…

This is a true story from my early working life. I have changed only the names of the persons referred to. The fellow I have named ‘Tony’ was an inveterate joker. 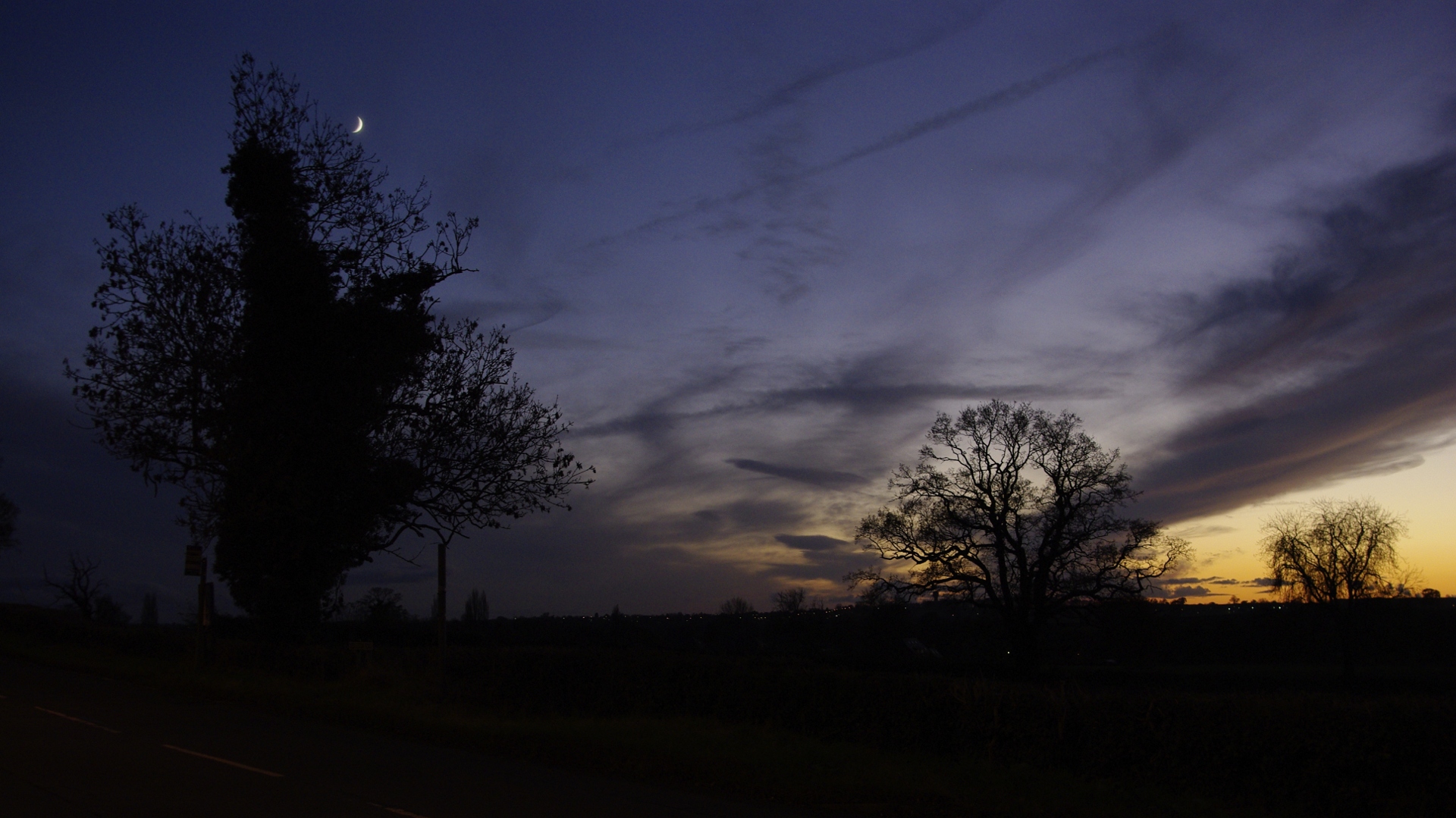 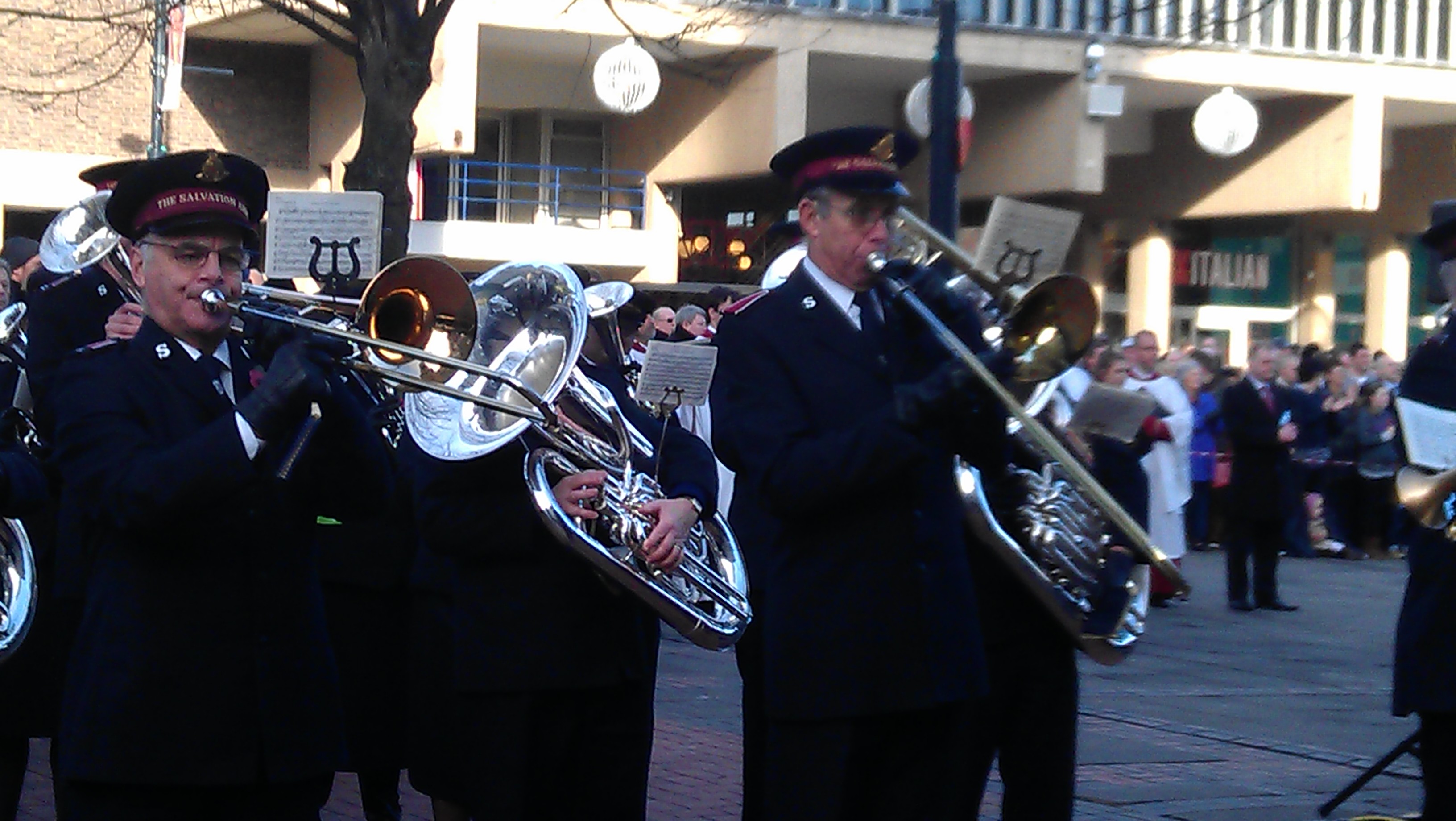 This post is in response to the prompt at ‘100 Word Challenge for Grown Ups’ here, where you will find a list of links to all the responses. Essentially, the brief was to write 104 words, including the phrase shown in bold in my piece below.

There was once a time when Khrushchev, the Russian leader, was giving a speech in which he denounced Stalin, and in particular, some of the things he did. Suddenly, from the audience, someone shouted out something like “You were one of his men – why didn’t you do something about it?” At this, Khrushchev bellowed “WHO SAID THAT?”

Seconds ticked by. As they say, the silence was deafening. Evidently, the heckler did not dare to reply. No-one else spoke. Finally, Khrushchev broke the silence himself, in gentle tones that were in dramatic contrast to his outburst moments before. 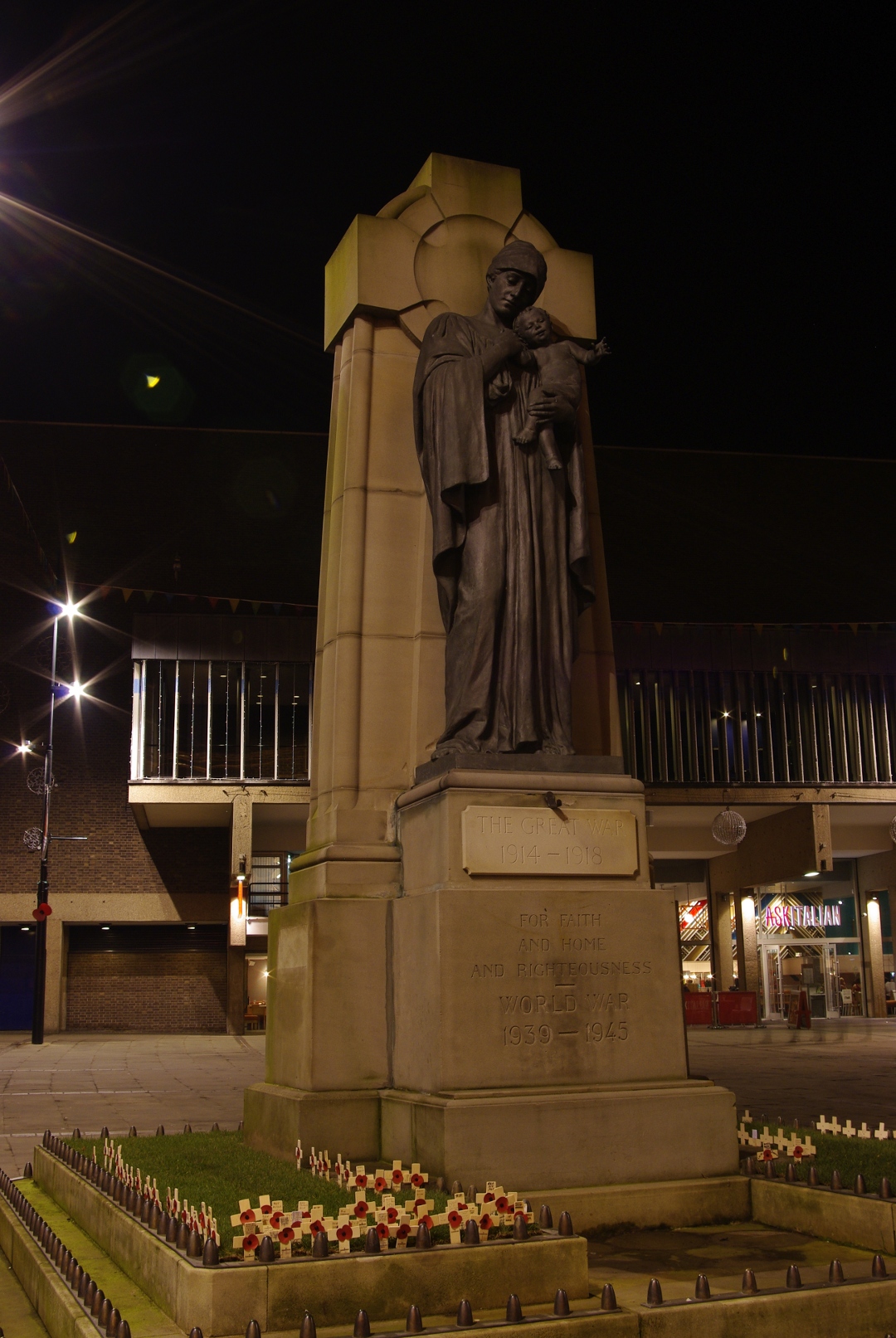 This post is in response to the prompt at ‘100 Word Challenge for grown-ups’ here. (You’ll also find a list of links to the other responses.) The brief, as you will see, was to include the concept of an ‘orange spot’ in a composition of 100 words. I couldn’t think of anything original, and then something reminded me of what it must have been like for people who witnessed the destruction of Hiroshima or Nagasaki, but were far enough away not to be immediately killed or injured. What follows is fictitious, but there are true accounts that are similar.

We had started work early that day, as we always did during the war. The news had reached us, of course, that Germany had surrendered. We’d been told it made no difference to us. Anyway, I just chanced to look up from my paperwork and out of the window. Looking across the city, I suddenly saw a bright flash, and then, after a second or two, an orange spot that grew larger. As a massive plume of smoke formed above it, the noise reached us. It was an awful, terrifying roar like some wild, angry monster as the city died…

For this week’s mobile picture, I’m going to show you how my ‘Silent Sunday’ picture for yesterday was done. There was no image editing trickery; essentially, it’s just a still life shot of a flame, using copper to turn the flame green. Here is my shot of the equipment I set up: 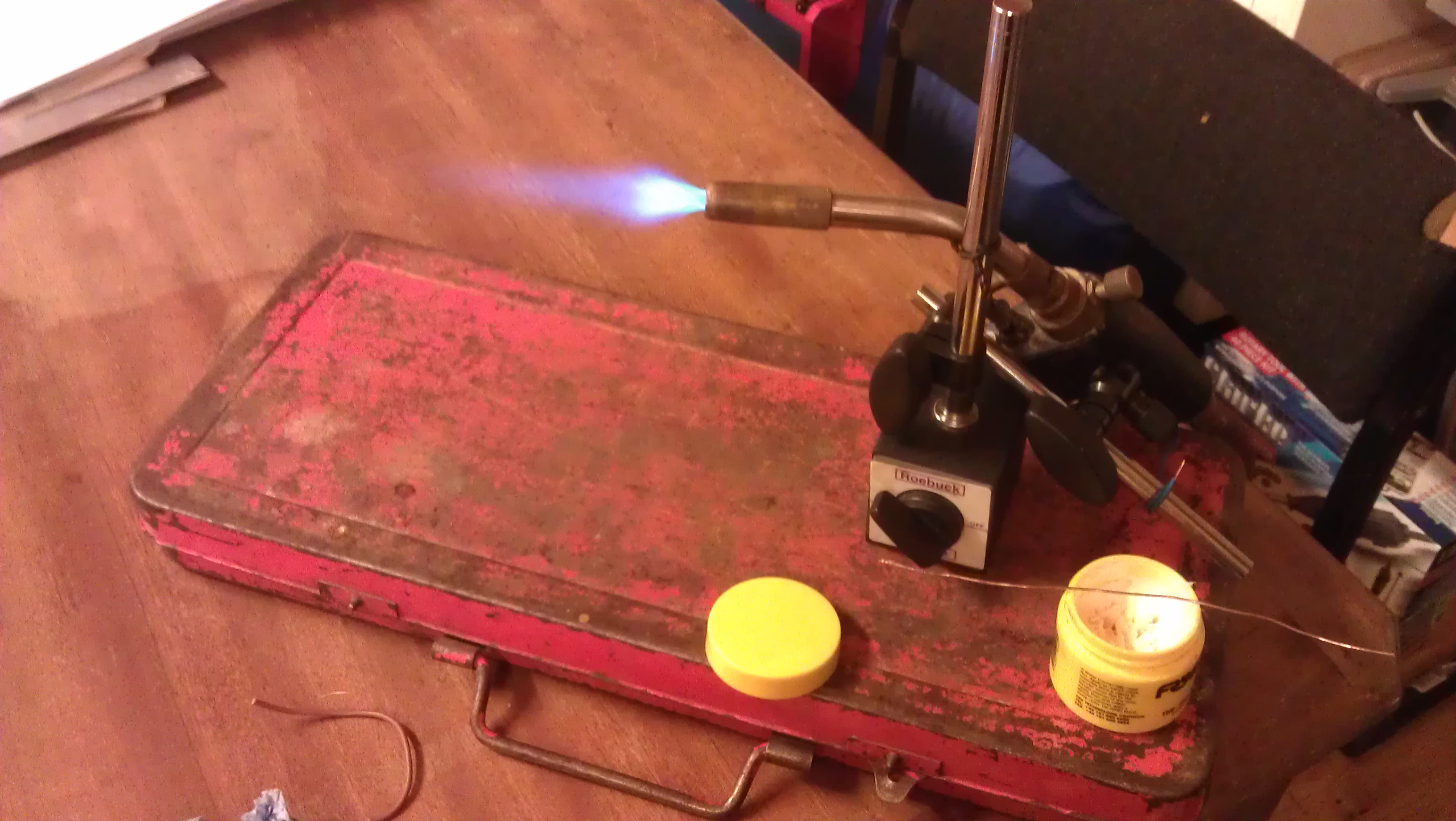 The blowtorch was lashed to a stand with a magnetic base.  The red metal box served two purposes: to provide something for the stand to cling to, and to protect the table from any sundry bits of incandescent material falling out of the flame. At the ready are a piece of copper wire, and a small pot of acid-based flux. The camera was set up on a tripod in front of this rig. The shot was taken, after practising, with the room lights turned off, to give the black background. The wire was dipped in flux and then placed in the base of the flame. The exposure was made as the flame turned green.