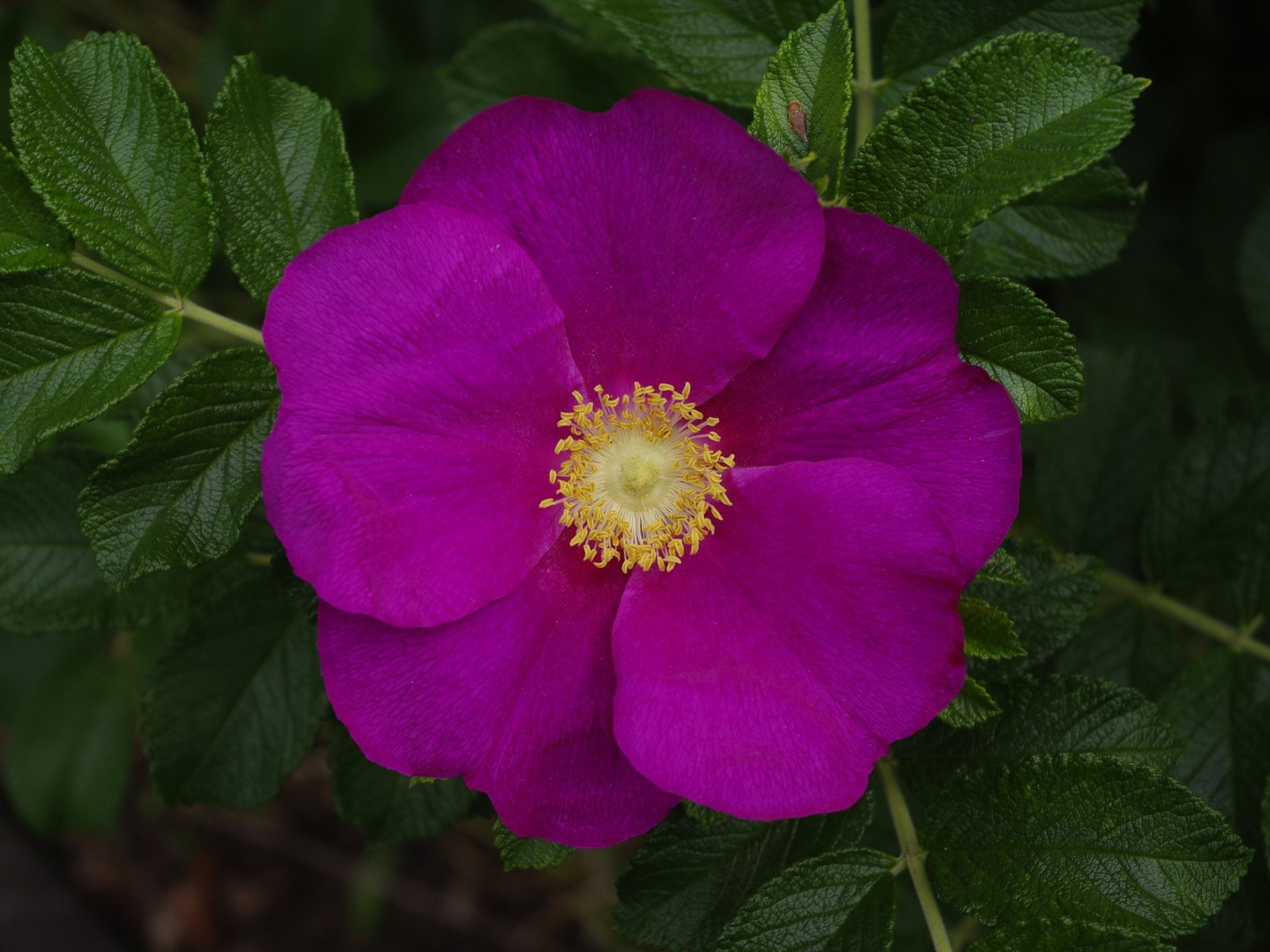 Saying “I like roses” is a bit like saying “I live in England.” Just as there are so many places in England, there are so many types of roses! This one is native to the Far East, but grows well in Britain. Known as Rosa Rugosa, it is easy to recognise by its thin, paper-like petals and sweetish scent. It also comes in white and pale pink varieties.

I’ll just make one thing clear: if you were expecting a post about rapid gender-change operations, you’ve, erm, come to the wrong place. You weren’t? Then read on…

First of all, I should state that although ‘Daddy’ isn’t exactly my current title, I have been one. I have trodden before you the road that is being a parent. I have changed nappies and walked the floor, holding a restless infant, at night. But on Friday, the 19th June, 2015, I became, for the first time, a mummy. Yes, really.

Now, then: for the benefit of those of you who weren’t there, and haven’t since heard about it (can anyone not have heard about it?) BritMums Live 2015 was a blast. Everyone was kind, helpful, and friendly. For me, it was great to meet people who, up to now, had been on the other side of the internet (that ‘other side’ by the way, can be anywhere from down the road to across the ocean) as well as many more with whom I had made no previous contact. As I’ve remarked before, the blogosphere is a very warm, inspiring place – something that impressed me just about as soon as I found it.
Being a ‘newbie’ I attended as many tutorial sessions as I had stamina for; this amounted to every time-slot except the last one on Saturday, by which time is was ‘sessioned out’ or whatever the word is. Jim Reeves came to mind again: I had, quite literally, enjoyed as much of this as I could stand. (I hear your mutterings: “Phil and his old songs, again!” Yeah, all right, I know.)
In particular, for me, being past (ahem) a certain age, it was lovely to join in with the circle that was – and is – Post-40 Bloggers, and meet each other to discuss what this platform is really about. (Take a bow, Mel and the team.)
I should next particularly mention the ‘Brilliance in Blogging’ award ceremony on Friday, and the Bloggers’ Keynote recitals, by the authors of these brilliant posts, on Saturday. Others have, I am sure, covered the details of these two sections of the event in detail, and much better than I could. All I want to say about them is that, considered together, I doubt that anyone present was not (at different times) helpless with laughter, awestruck, and reduced to tears (unless they had hearts of stone – but there was certainly no evidence of that throughout the event.)
But now I want to tell you what I was particularly thinking about, as we all reluctantly dispersed from the venue. You see, it had by now occurred to me that a number of lovely attendees just might have been thinking something like this:

“It’s been great, but… oh, I dunno… All these amazing blogs and bloggers… What’s the point of me even trying any more…?”

Gentle blogger, there is every point, as I shall explain. The clue is in the title above. It has to do with a part of the event to which I have not yet referred.
The organisers had arranged with the people at what we call GWR to provide an icebreaker activity. No, not the Great Western Railway, much as I have a high regard for that oh-so-inspiring pioneer of engineering Isambard Kingdom Brunel (just look him up) but… Guinness World Records.
At risk of repeating myself by inference, I should say that any activity for that purpose alone would have been superfluous. The only ice in evidence was either (a) in ice buckets for cooling wine, or (b) inside large glass jars with taps on, which also contained either water, or an incredibly refreshing sparkling concoction that tasted of cucumber and elder-flowers (which it was meant to – it was gorgeous stuff.) But I digress… You do, Phil. All right, all right…
Well, the Guinness World Records people gave us some of the background and history of the organisation and the famous book, and told us that we were going to attempt – right then – to break an official record, under the watchful gaze of their adjudicators! And that record was…

The most people wrapped as mummies in three minutes!

So appropriate, eh? The team demonstrated the wrapping technique – using toilet paper – on their own model, so that we could see how it was done quickly. By this time, we had already formed small groups of about four. It was then necessary for each group to agree who would be the ‘mummy’. This is where the story gets a bit more personal; here in the group is Phil – not very tall, dressed simply, in trousers and shirt, and, of course, without those parts of the female form that tend to make the wrapping process more time-consuming. It would have been extremely bad form not to volunteer, yes?
At the start signal, the real fun began. Well, I can honestly say that getting wrapped thoroughly in toilet paper isn’t such a big ordeal, except that it’s quite hard to balance on one foot (so that the other foot can be wrapped) while holding your arms out as well. If you’ve never been mummified, trust me on this one. But, as I said, getting wrapped was no big challenge…
Getting wrapped, I said, was no big challenge. Staying wrapped until the adjudicator got to me (I must have been about the last) was quite another matter. Toilet paper traps air. Air and paper are both fairly good heat insulators. Add to this the fact that excessive movement of any kind will tear the vital mummifying loo-roll, and lead to immediate disqualification… you get the idea?
I was getting very warm, and very muscle-weary. Ten minutes (ish) seemed like two hours. Finally, my team-mates tore the paper off my face, assuring me that I had been counted in, not disqualified! (I’m sorry I can’t show you a photo, by the way. I should have asked one of my ‘wrappers’. You will appreciate that a selfie was out of the question. You’ll find photos of other ‘mummies’ elsewhere, quite easily.)
Later, we all learnt that the record had been broken – by just one mummy. The new record was fifty-one instead of fifty! I was ecstatic; Phil, at the back, must surely have been that vital fifty-first, mais non?

Phil! Really! For shame! Such egotism!

Ah, but wait: I would now like to address my partners in this hilarious tomfoolery (as well as the mummifying teams) and tell you all that you, each and every individual one of you, were also the fifty-first! Because, without you, the record would not have fallen.
And now, I’d like to give this message to anyone in the blogging community, who feels inadequate: I have the answer for you. You know, in just the same way, this warm, cosy, comfortable (and comforting) piece of internet wouldn’t be the same without… you. You are, to plagiarise our friends at Guinness World Records, officially amazing.
A word mentioned a lot during the serious parts of the whole BritMums Live event was integrity. And rightly so. Every true blogger feels that they blog on their honour. I need hardly add that this is of intense relevance where brands are concerned, but it applies all the time, in any case. A little tongue-in-cheek fun that doesn’t hurt anybody is OK now and then; deception or calumny is not. It is a quiet, solemn, yet intensely friendly commitment. And inside that mutual commitment, whether you like to blog about parenting, travel, craft, fashion, photography, technology… whatever style of memes and linkys (linkies?) you care (or don’t care) to participate in, we appreciate and love

Well, that’s about it, for now. Oh, just one more thing: if you’re feeling cold, forget that designer parka on that fashion website, that you’ve been drooling over, hoping that, when sale time comes round, they’ll have one left in your size. What you need is… three or four layers of good quality toilet roll. Applied from head to toe. Thank you. 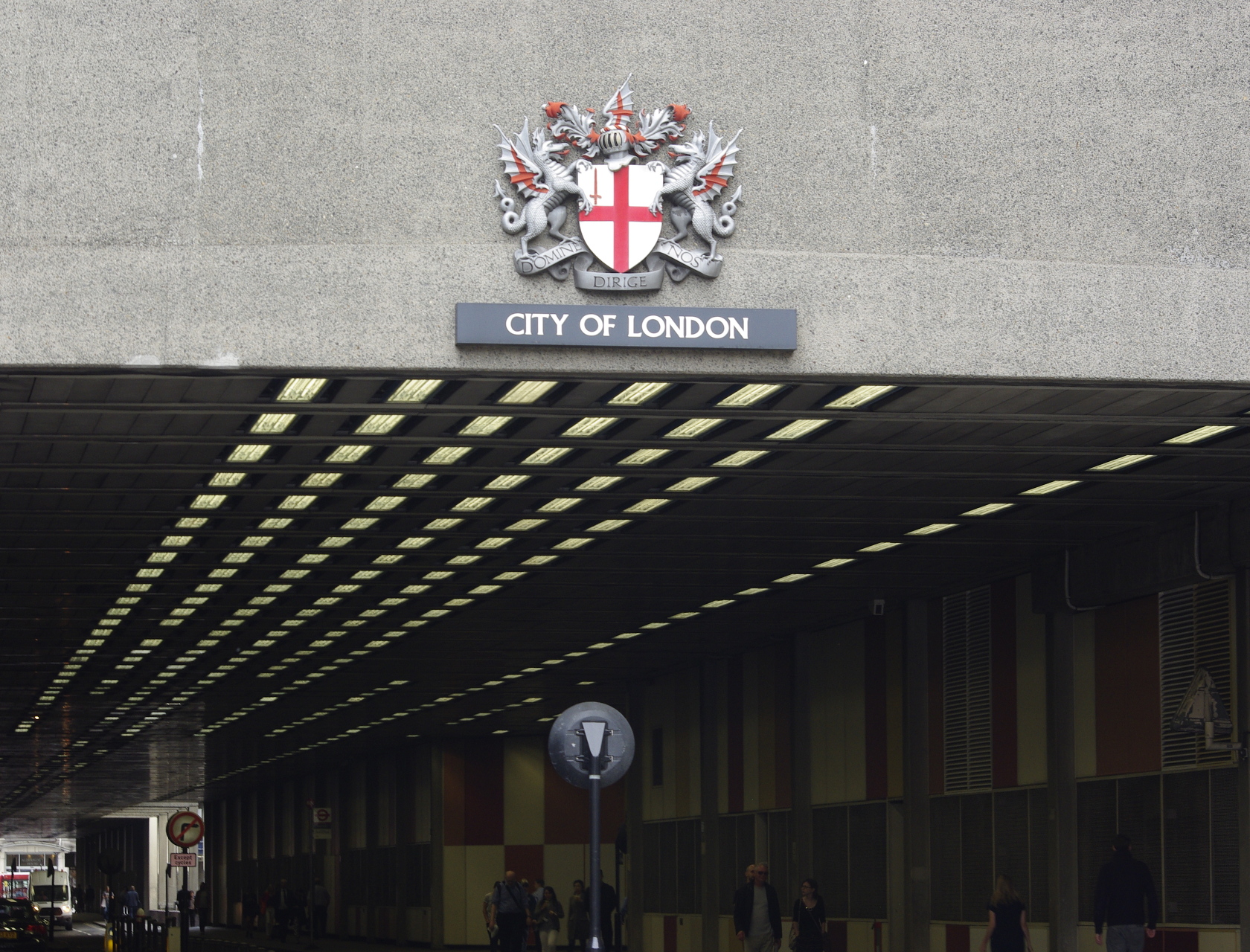 This week, I’m posting this picture to celebrate my visit to London for the first time in, erm, let’s just say, several years…! The City of London itself, of course, is just one square mile, in the middle of what we country folk think of as ‘London’ – with its own police force!
As for Britmums Live, we’ll come to that, later! 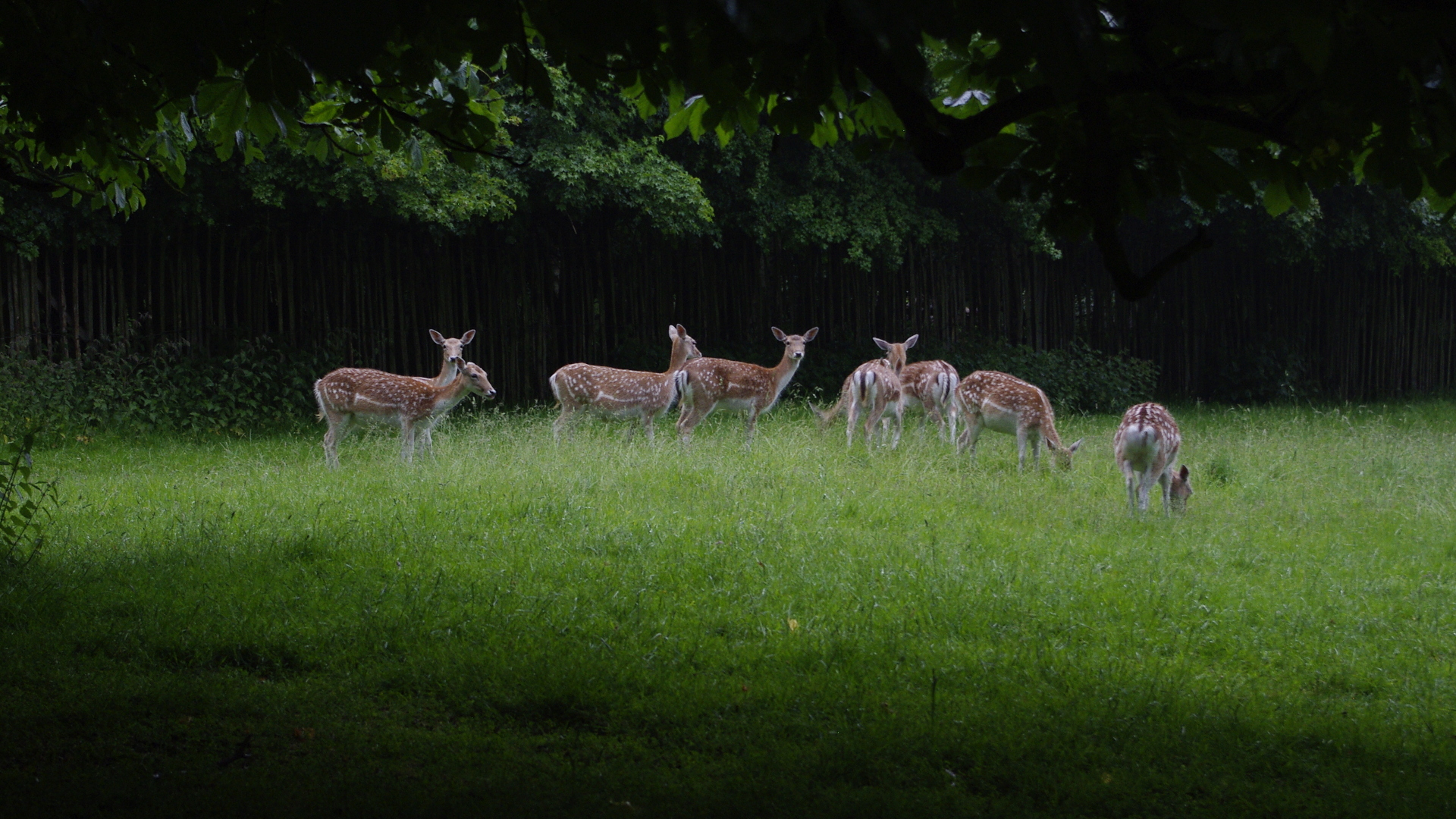 This scene was one of the highlights of a walk in the rain, on Friday evening. It’s always marvellous to watch how gracefully these creatures move. Perhaps the absence of crowds of people made them less afraid. As I slowly approached, they didn’t seem to mind.
The light was starting to fade; I had to use a slow shutter speed, and there will be some evidence of subject movement! 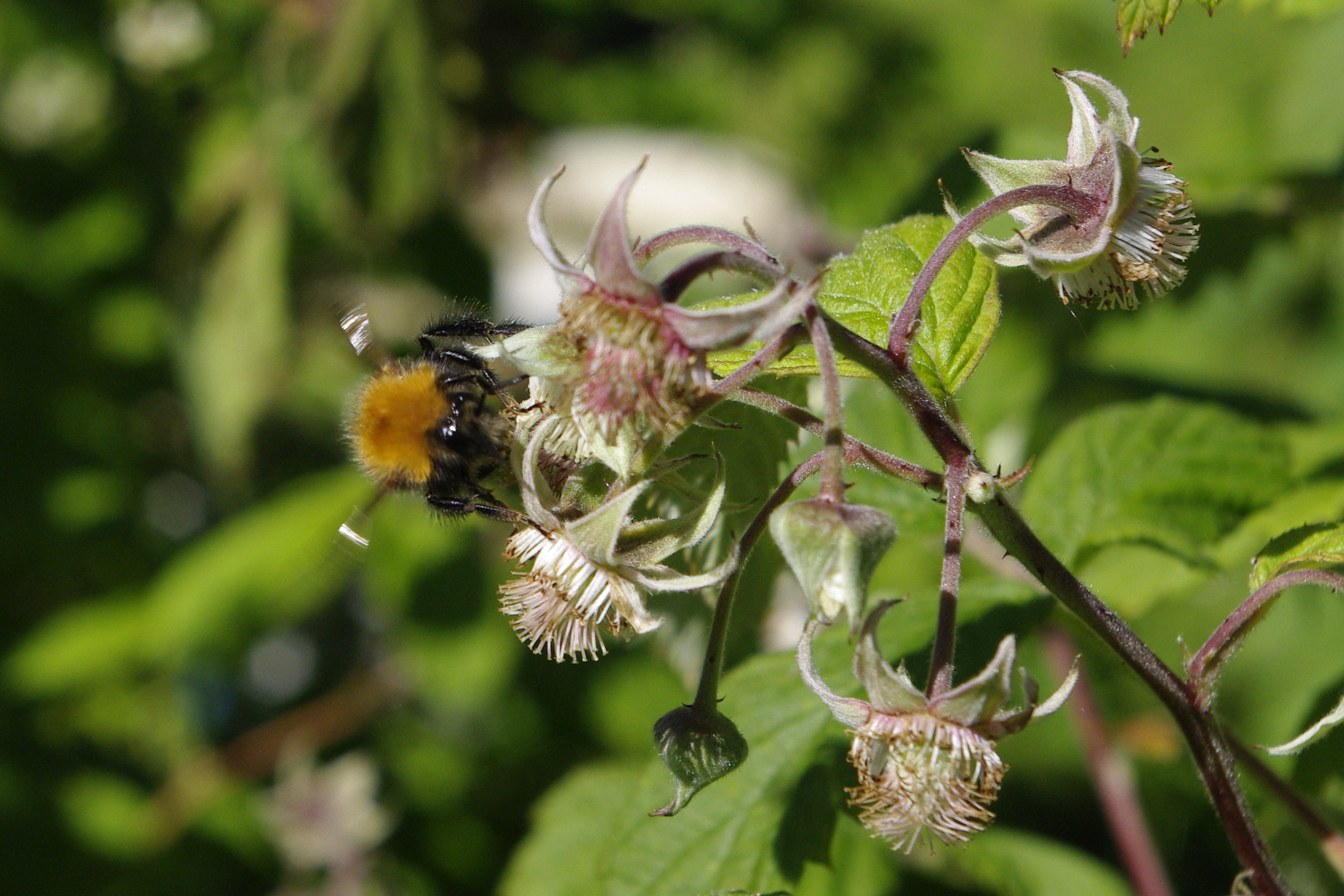 I got this shot on one of our recent sunny days. It looks as if there will be raspberries this year, which is good. Many thanks to all my little winged furry friends, who were going at it like, well… bees’ wings. As they say!