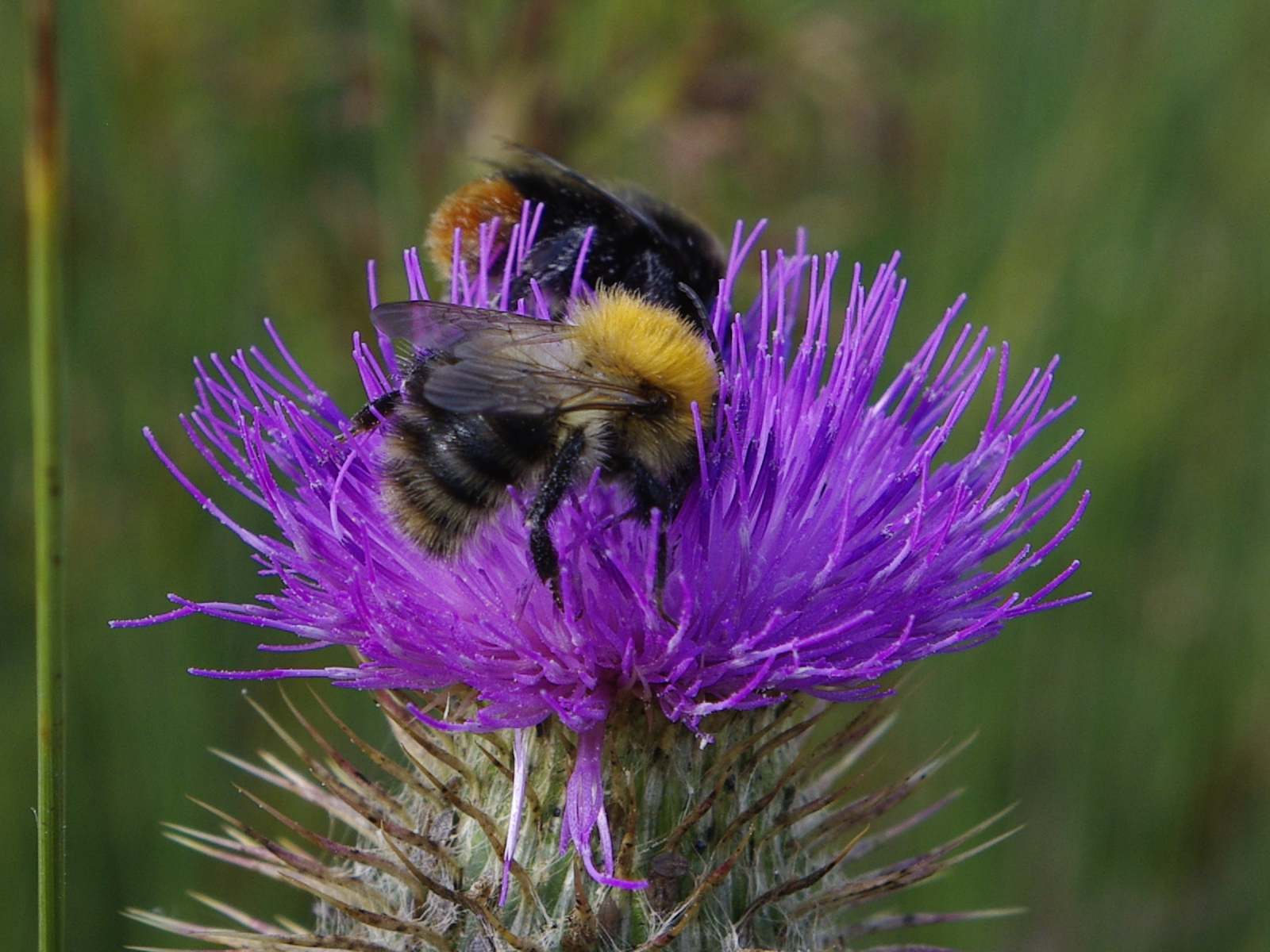 Yesterday (Saturday) gave me the chance to escape into the countryside, where the warm weather had brought these little creatures out in force!
High light levels make it easier to photograph them, as it is then possible to use a fast shutter setting and a small aperture; depth of field – the distance zone which will be in focus – is mush shallower at these close focusing settings.
You’ll notice these two bees were happy to share one flower; maybe humans have a bit to learn! 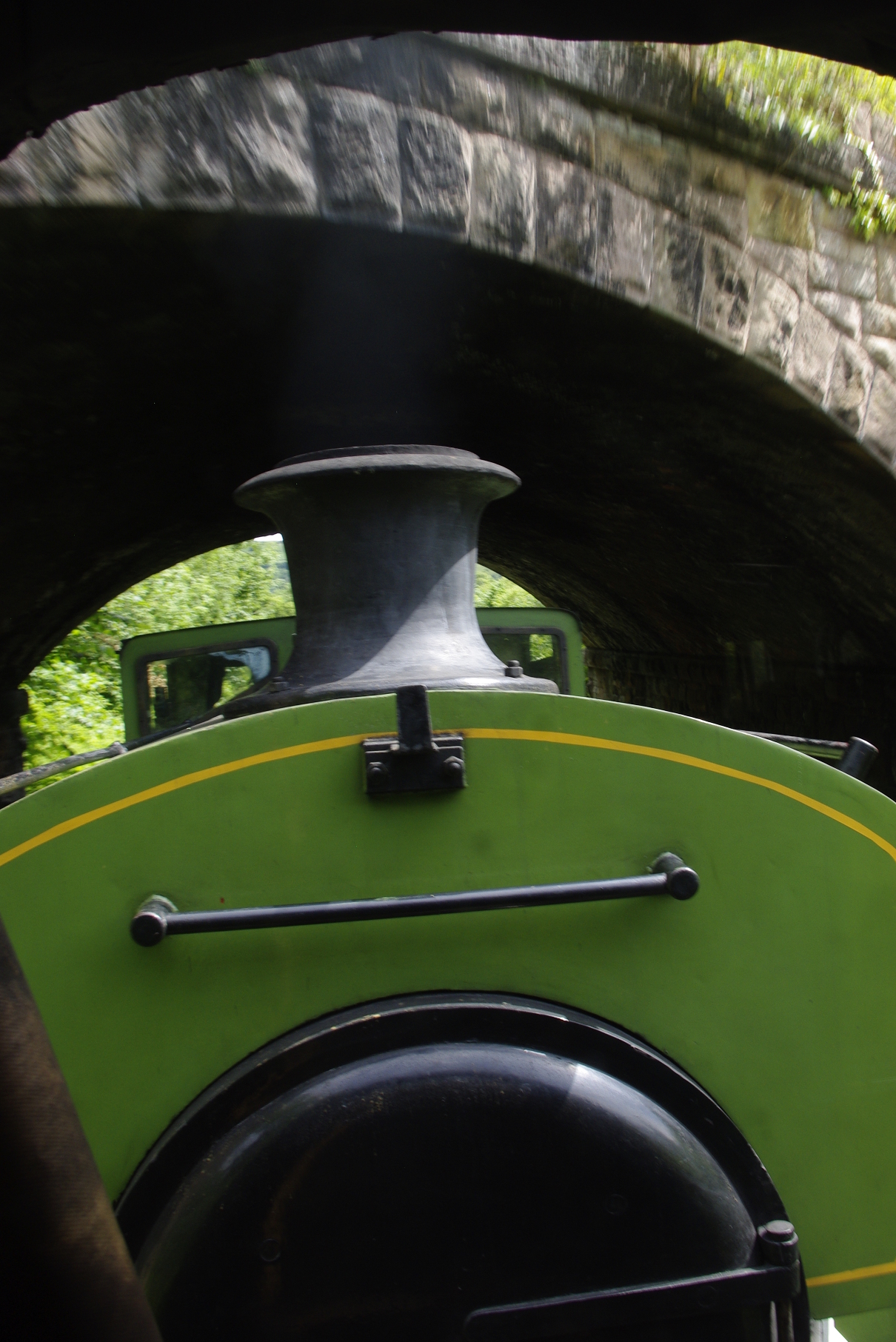 I’ve been trying to get get my head round writing something on this topic for a while. The prompt, here, finally, well, prompted me. Which is what prompts are supposed to do, so there you are.

So, then… post-natal depression: depression after having a baby. Something which strikes new mothers all too frequently. Sometimes nick-named ‘The Black Dog’ – although, as someone remarked, this isn’t really fair; a black labrador, as a rule, is a friendly animal, but there’s nothing friendly about PND. That is, the mental condition itself. But, in case you don’t know, those afflicted with it are some of the most amazing, brave, and yes, friendly women you could ever meet.

Now let’s stand back a moment, and picture the scene: in a crib, newly asleep (for the uninitiated, this happens after one or more feeds plus one or more nappy changes, if you are lucky) lies a baby. Nearby, on a chair, or possibly on the edge of a bed, sits the exhausted mother of this amazing, beautiful, and frighteningly helpless week-old piece of humanity. This new mum has her head in her hands. For a moment, she lifts her head, and looks towards this baby, then covers her face again. She feels terrible.

At what, by all logic, should be a time of triumph (she brought this new human into the world) she feels a failure. She has just been promoted to the most important job in the world (it doesn’t have a pay cheque to match, but that’s another story) and yet she feels worthless; everyone, she thinks, would be better without her.

So she must be totally stupid, right?

Before we go on, there are a few physical issues to consider, not least, this one: inside this woman is a wonderful flexible container called a womb. Now, before she was pregnant, this organ had an internal volume of around five to eight cubic centimetres. (Think of one to two loaded medicine spoons.) Inside it grew a baby, and some other bits that the baby needed. As the baby grew, this womb expanded, until it had a volume of around six to nine litres. (Think in terms of a garden watering-can.) After the baby’s arrival, it did not revert to its original size in five minutes. Got that?

Now, then: as if the actual birth were not traumatic enough (every birth is a voyage through the unknown, because no two births are the same) this oh-so-cruel thing called Western society now plays an ace from up its sleeve; it decrees that the said mum shall forthwith appear in the wide world exactly as she was, mentally and physically, nine months ago, except holding a baby. What do you suppose this notion has done for her self-esteem?

You know what? Western society can get lost. And that’s putting it politely. Only this mum might not, just for now, have the mental stamina to say so. I ask you, can you blame her?

From the direction of that crib, we hear a whimper. A powerful reminder to our new mum that this tiny human depends on her, and trusts her implicitly, for everything. It it any wonder she feels inadequate, hopelessly caught out, and scared? Or that sometimes, these feelings, assisted by all kinds of chemical imbalances that have occurred, escalate into what we now identify as PND?

At this point, I couldn’t possibly claim to have given you, as they say, the top and bottom of this condition. I’m no doctor, or psychologist. I have only attempted to set out a very little of the background across which mothers walk today. And the point I especially want to make is that these feelings of worthlessness and so forth, however irrational they may seem to some of us, have a root in some of the truest, finest, and most noble feelings possible: the desire to provide the best of care and love for her child. And there we have the embodiment of what true society really needs. We must give her back her perceived value.

Now, here is where some more people enter the picture: not only her immediate family, but, by extension, you and me. Because, just as that little baby is trusting her, she needs to feel that, through the deep water, she herself can trust us all; sometimes, it may be, for a few moments’ practical assistance, but, in any case, to support as best we can, and to relay this vital message:

You are not a bad mum.

You are not mad.

You are not alone.

I fervently hope we can show by example, that we are worthy of her trust, and that we can, if needed, lead her to the help, not only of professionals (hard-working and skilled as they are) but also her peers. 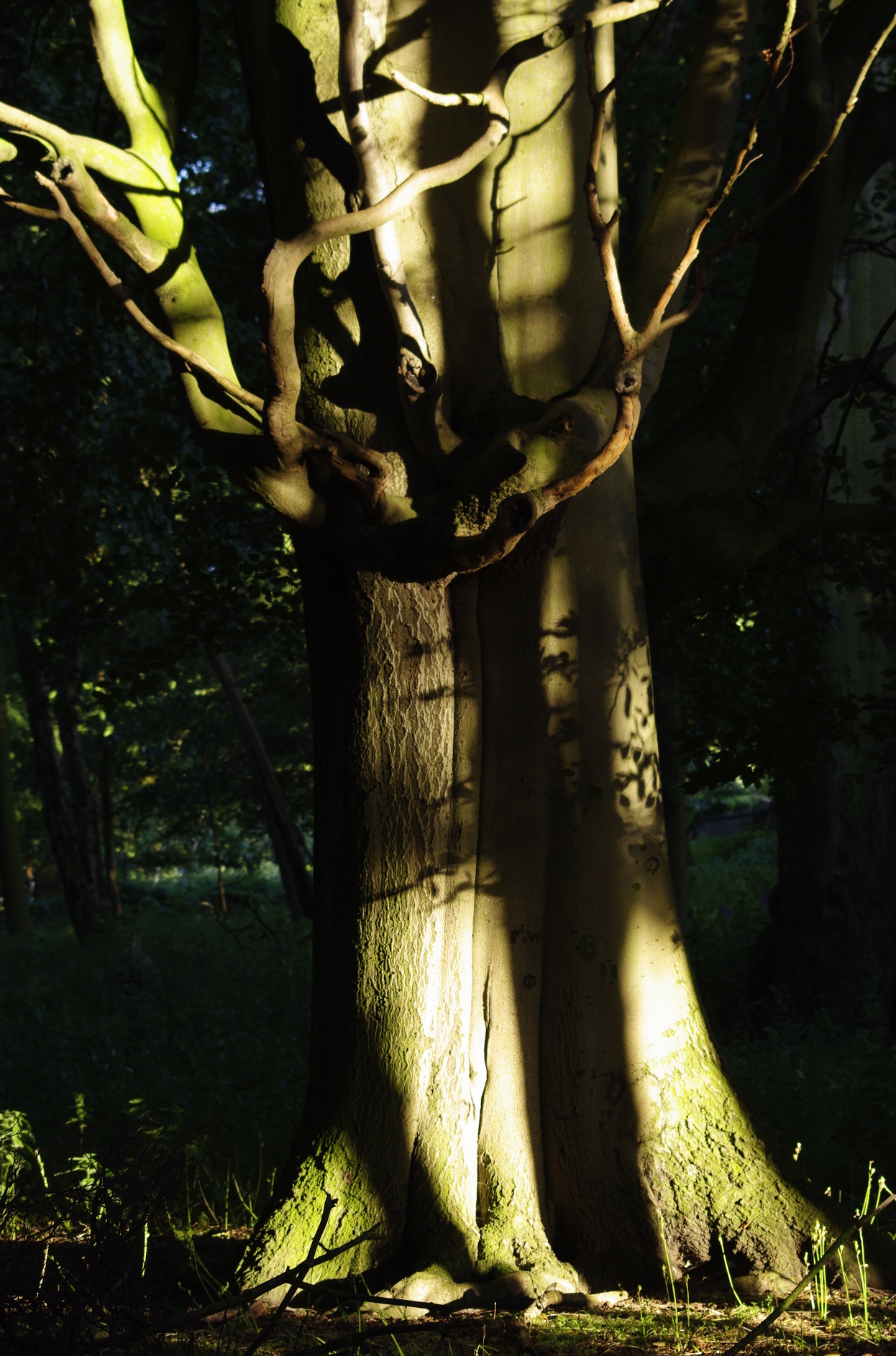 On one evening last week, I caught sight of this tree. I’ve seen it many times before, but not lit like this. The endless changes in natural light can cause many fascinating effects that are just waiting to be noticed; it doesn’t happen to order – we just have to keep our eyes open! 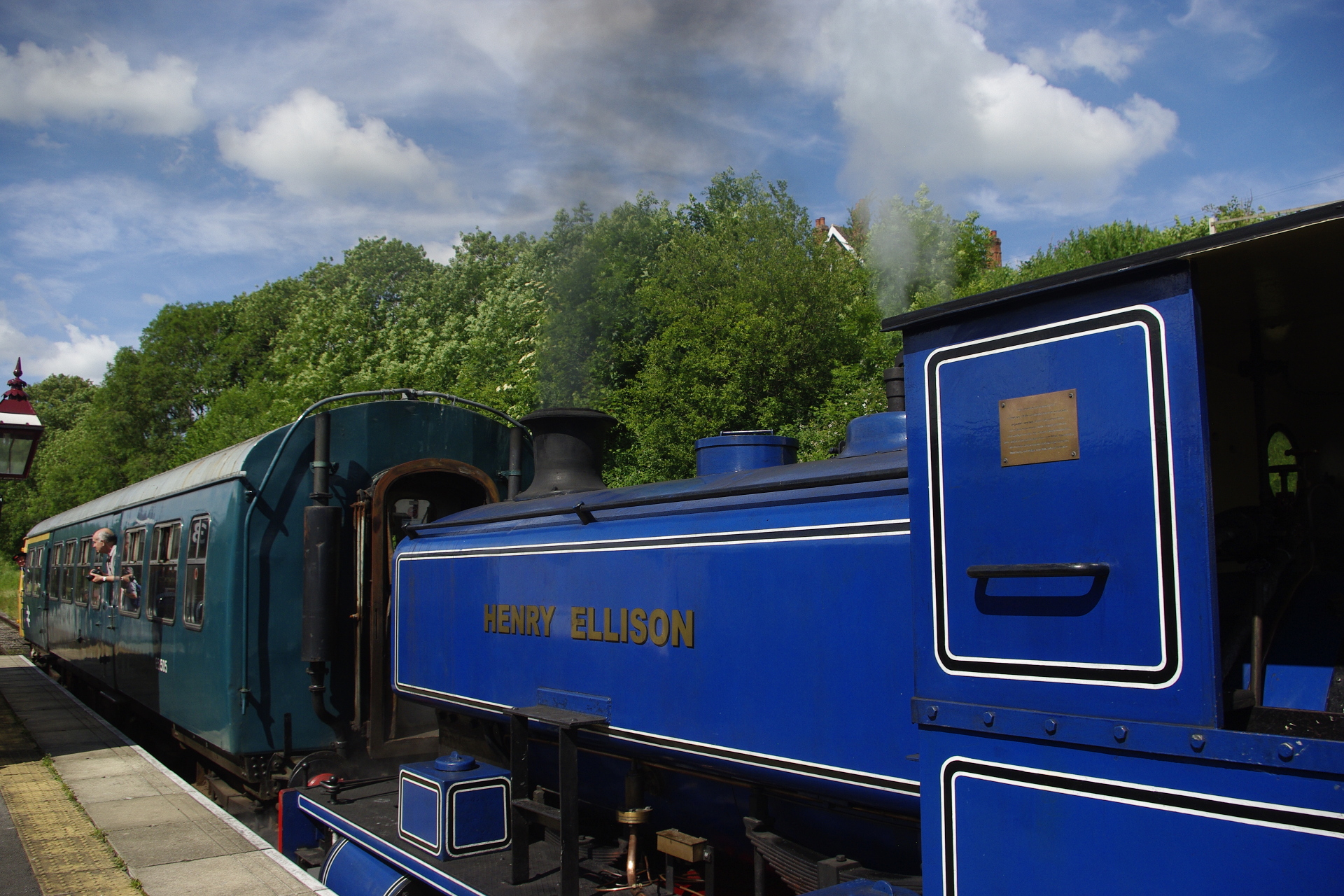 Yesterday, I succumbed once again to my addiction to the aroma of coal smoke and hot lubricating oil. Here, at Wirksworth, Derbyshire, the Henry Ellison takes the last trip of the day to Ravenstor. In the last few seconds of waiting to depart, her boiler pressure hit the maximum, so she was blowing off steam from the safety valve as she pulled away!