This post was prompted by, er, well, ‘The Prompt’ here.

I read the news today. Or I should say, recapped on it a little. but first, let’s think about what, exactly, comes under that ubiquitous heading – the single word ‘news.’

The very word itself suggests what is new. Something to tell others about, that represents a change from how things were, or how they usually are. But then, this can include what is very public (items broadcast by the commercial media, that are of interest to a large proportion of the population) or, at the extreme opposite end of the scale, part of a letter or phone call from a loved one. This could be very sobering, such as news of terminal illness amongst close family; or exciting, like the statement “George rang me. Helen’s had a little boy at six o’clock this morning!”

Now I want to focus on two items of news that were in this little recapping exercise of mine; one from the first category – the widely published news. The other, although not intensely intimate, probably only picked up by a relatively small number of followers of one particular Twitter account – although no less significant, to me at least, because of that.

The first one, most people in Britain will know something about; the details of the panic, chaos, and worse incidents surrounding the oh-so-ironically well-named ‘Black Friday.’ I quote: “Shops hit by chaos and violence… Three people arrested…” I could go on, but you’ve heard it all already.

Let’s think for a minute. In many parts of the world, countless thousands of people lack so many of the things we take for granted, like good fresh food, piped water, and sanitation. That’s to say nothing of general healthcare and protection by enforcement of the law. And let’s not forget, here in our own country, compassionate charities are picking up many who are falling through the net of the welfare system, often because of some quirk in the rules. And, erm, what, exactly, were we squabbling over?

A cheap telly? Fashion clothing at half price or less? Unbeatable offers on countless other ‘essentials’ of the Western world?

Now let’s look at the other news item I was thinking of. It’s really summed up in this picture, that was put out over Twitter, used by kind permission of the owner: 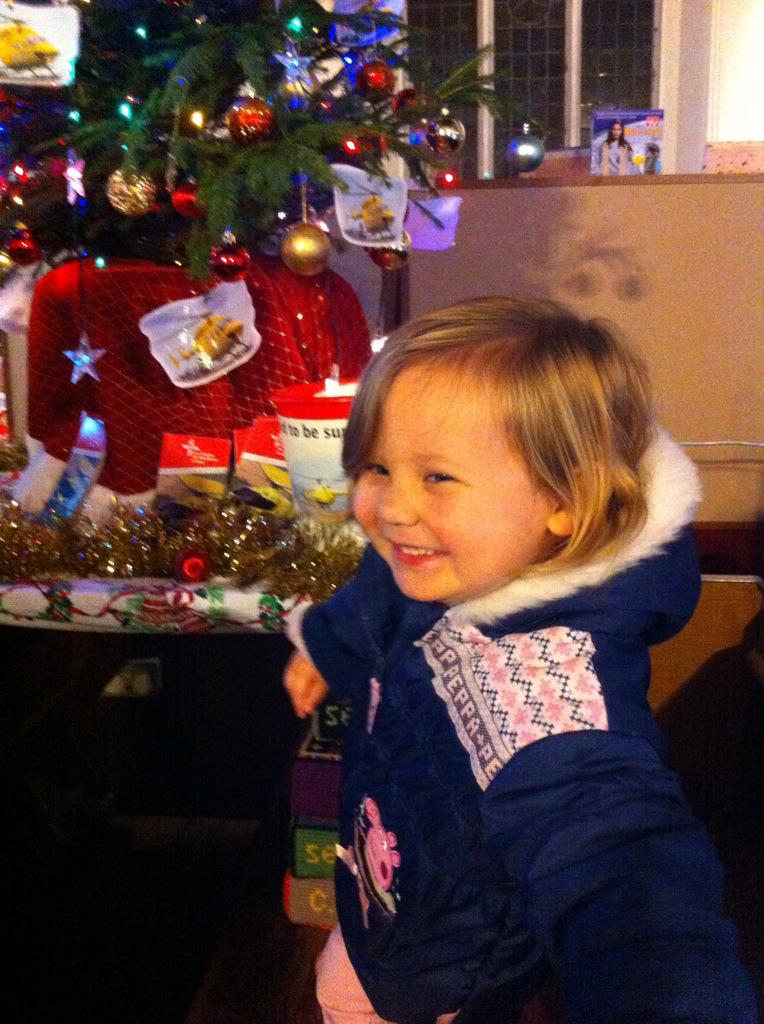 The little girl here has just put money in the East Anglia Air Ambulance collection box. She doesn’t know much about money, yet. But I’m quite sure she knows that you can get sweets or toys with it. She’s done something else with it. OK, she’s not a wage-earner. She was given to, then she gave.

Now have a look at some Black Friday news photos (any of the big news websites will oblige) and then look at that face above. The discontent of grabbing, or the joy of giving: Which is more ‘grown up’? Which fits better with the time of year? Which would you like to identify with?

Lots and lots of gifts like this little girl made, added together, mean that if, just before the week-end, sometime, you are injured and miles from help, somewhere in East Anglia where a road vehicle cannot travel (not that I’d wish this on anyone) it might, for you, not be quite such a…

5 thoughts on “I Read the News Today…”