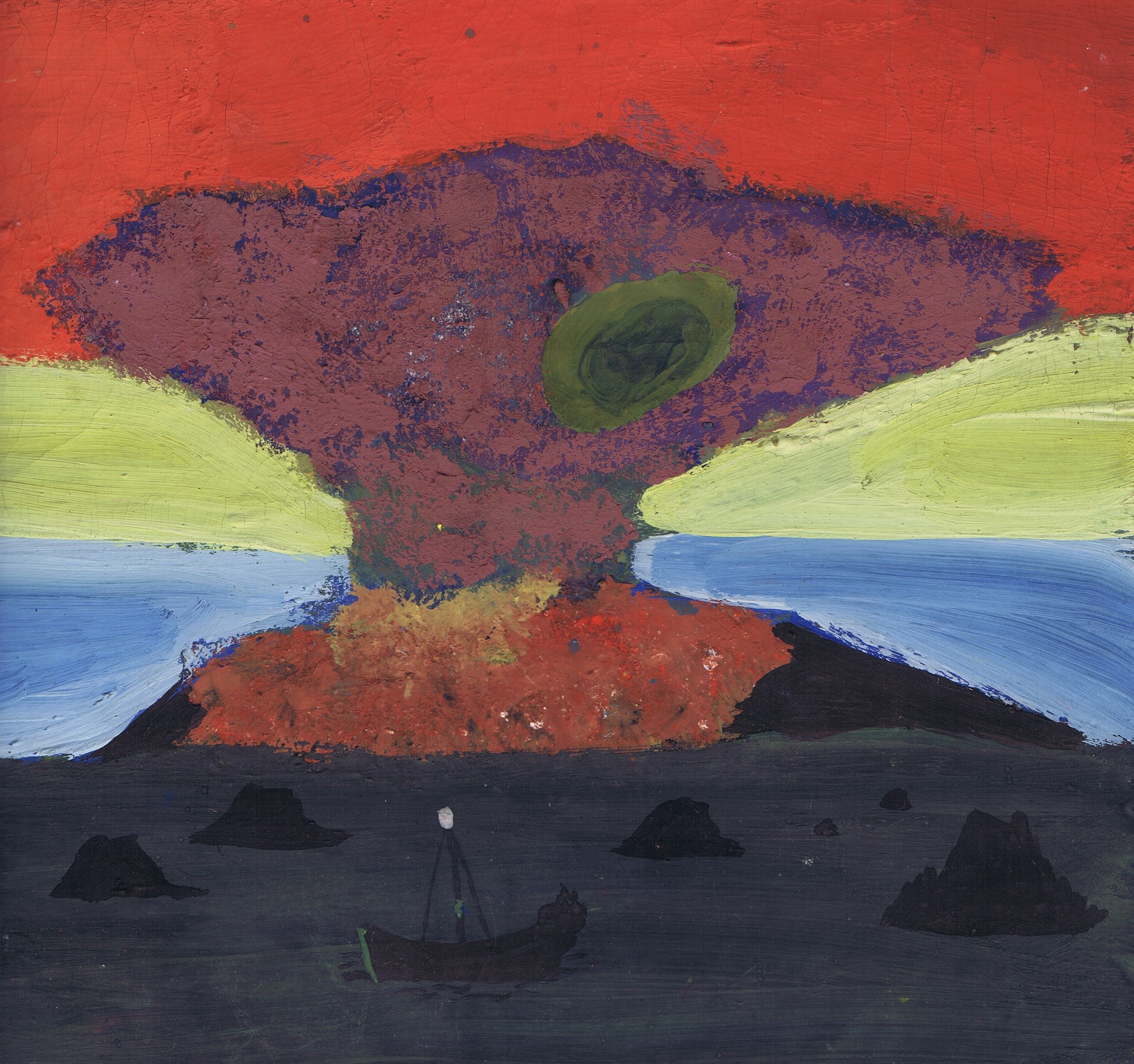 The waiting was over.

It seemed hard to believe that our first visit to this area was barely a fortnight ago. We had been on a routine patrol. Karla, a young student, had been thrilled to get the chance to come with us. She had learnt how to trail the special marine thermometer pod over the ship’s side, and then take the reading. On one occasion, when she had just done this, I gave the result to Erik, our skipper. A few minutes later, he came out of the chart room, looking puzzled.
“Get Karla to run that again, Jan,” he called to me, “and you check it.”
So we did, but the result was the same. We told Erik. He frowned back.
“That’s nearly a whole degree C more than normal for this time of year. Jan, get the Ministry on the radio and let me know what they say.”

We were instructed to come in for supplies, then return to the area. This time, as we got nearer, we suddenly saw a jet of steam and ash shooting into the air. We moved into shallower water, and dropped anchor. Over the next two days, we saw lots more steam jets, getting ever more frequent and closer to one spot. The acrid smell grew stronger. Ash particles were drifting in the breeze.

Then, one morning, we saw what we had been waiting for. After a long and concentrated eruption of ash, a tiny peak broke the surface of the sea. With the next blast came red-hot larva. Larger eruptions followed quickly now, the plume soaring into the air the smell almost overpowering. Karla and I were kept busy with the cameras and the radio. (It was some months later, after we had visited a school to talk about our experience, that a twelve-year-old boy painted this picture, inspired by one of our photos, plus a bit of artistic licence!)

No-one stopped to think of the time, even though we were entering up the log every few minutes. But we all knew that we would remember that day. The day an island was born.

This post was prompted by the ‘Writing Workshop’ picture walking challenge here.
The narrative is entirely fictional, although inspired by the history of Surtsey,
a volcanic island formed by eruptions South of Iceland in 1963.
(But the picture was actually painted by a twelve-year-old boy. That was me.)